The Curse Of Plonk – The late Ronnie Lane: Some day his bad luck must end

For anyone up to speed with the tragic trajectory of Ronnie Lane, the circumstances surrounding his May 2004 Memorial Concert, ‘One For The Road’, struck a familiar chord.

The diminutive East Ender’s impressive solo work and central role in two iconic British bands – psychedelic mod imps The Small Faces, and their 70s successors the Blue Nun-glugging The Faces – have long been overshadowed by the misfortune which blighted his later years. 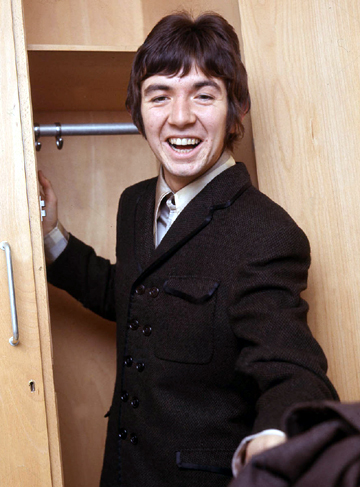 Claiming he was massively ripped off at the start of his career, Lane succumbed to the ravages of Multiple Sclerosis in 1997 at the age of 51 and didn’t live long enough to benefit from drummer Kenney Jones hard-fought campaign for renegotiation of The Small Faces’ contracts.

This eventually resulted in the group members – interesting concept this – actually being paid for record sales for the first time in nearly 30 years.

The Faces were a different story. Lane was pretty well remunerated for his four years in the band he steered until Rod Stewart‘s superstar status elbowed him into the wings.

But when Lane created the gypsy-style The Passing Show as a travelling circus for his own group Slim Chance, the crippling costs of keeping it on the road bankrupted him,

A venture into farming on the Welsh borders faltered when a cruel winter eradicated most of his livestock, putting paid to his bucolic dreams. Much later, when he moved to the US, huge amounts of money disappeared from the American branch of the charity Action Research for Multiple Sclerosis (ARMS). There was no question that Lane was culpable, but as a trustee, he was forced to make a humiliating court appearance.

So it seemed fitting that this tribute by peers and acolytes was occasioned by yet another disaster; at the end of 2002, a fire reduced to tinder the wood-framed Shropshire house Lane bequeathed to his sons Luke and Ruben.

Under-insured and without access to the royalties which have started to flow in recent years, they will be beneficiaries of funds raised at the sold-out Albert Hall, according to ‘One For The Road’ organiser John Hellier.

“Everyone gave their services for free and it looks like we’ll raise around £50,000 for the boys,” added Hellier on the night, “but the main thing was to celebrate his life. I think it showed that he was in his prime post-Faces. Although he was broke after The Passing Show, artistically he became a richer man, writing beautiful, unique songs with people like Eric Clapton and Ronnie Wood.” 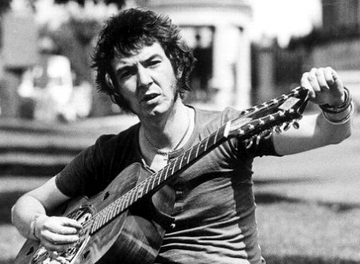 Not only was the Shropshire fire redolent of the fate of Lane’s Small Faces cohort Steve Marriott, who died in a conflagration at his Essex farm in 1991, but it appears to confirm that Lane’s bad-luck streak did not die with him.

Even the run-up to the show was marked by bad blood in the form of tabloid coverage of the supposed dispute between Lane’s first wife Kate and his widow Susan, who controls an estate bolstered by the 70,000 sales of 2003’s Ultimate Small Faces compilation and the use of lad anthem Ooh La La in a lucrative Vodafone ad campaign.

And it’s not as though the little feller can rest easy; of native American stock, Susan insisted on the tradition of interring Lane on the day of his death. The rest of his family – notably older brother Stan, who raised a glass to his sibling from the stage at the Albert Hall – feel that they were cheated of a funeral ceremony to mark his passing.

So it’s a testament to the rueful charm of both Plonk – as he was known – and his body of work that the atmosphere throughout the evening was never less than celebratory. The decision to present only his songs, or those to which he contributed, threw into relief lyrical and melodic skills as sharp as the Carnaby Street threads he once sported.

“It was great to hear his songs played together in one night,” said Steve Cradock, whose Ocean Colour Scene produced rousing run-throughs of the ever-so-‘eavy Song Of A Baker and Wham Bam Thank You Ma’am. “It made you realise that Ronnie’s music, from whatever period, had great character. With a songbook like that, you know that The Faces wasn’t really Rod’s band.”

Only Pete Townshend broke rank, performing Heart To Hang Onto, which he wrote for Lane on the album they recorded together in 1977, Rough Mix. Townshend is, of course, excused, having bonded with Lane in the hurly-burly of the mod live circuit, and in particular during the 1968 Australian double header with The Small Faces which saw both bands ejected from that country.

Townshend was also responsible for Lane’s adherence to the teachings of spiritual guide Meher Baba, as was evident in his reading of Lane’s cotton-picking ruminative epic Stone, performed with Slim Chance.

“This was Ronnie’s philosophy of life,” announced Townshend as he went into the first line: “Once I was a stone, many years ago . . .”. Featuring former Grease Band and Wings member Henry McCullough, who looked to have employed Willie Nelson as his style advisor, the rootsy Slim Chance also provided the musical backdrop for the pairing of Glen Matlock with Mick Jones, nattily suited and pointing up punk’s mod-ish roots with versions of Lane’s ballad Debris and the sing-a-long You’re So Rude.

And clad in a Granny Takes A Trip-style black velvet jacket with greying barnet resplendent, Paul Weller gabbled: “I can’t believe I’m hanging out backstage with Ronnie Wood and Kenney Jones!” before launching into blistering renditions of Lane’s mid-70s solo hit The Poacher and Spiritual Babe, a duet with Joe’s daughter Sam Brown, who made her stage debut alongside Lane and Marriott at a pub gig in Canning Town in the early 80s.

The show overran by half an hour, and was not without its pub rock longueurs, but Wood’s reappearance for the finale with Kenney Jones’ new project The Jones Gang (who also provided muscular support for spots by 60s shouter Steve Ellis and a burly-looking Chris Farlowe) gave the lie to recent reports of declining health. 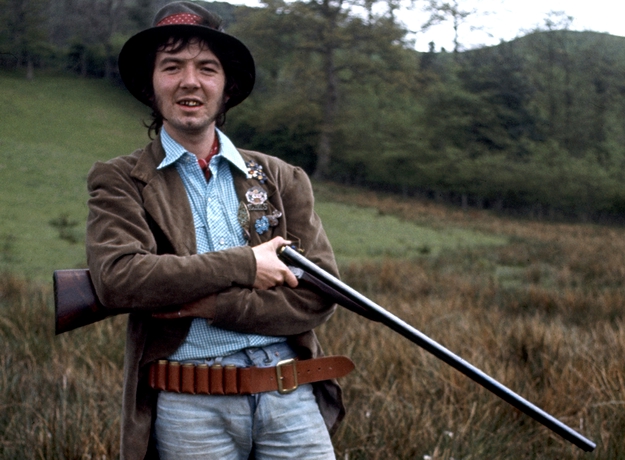 As well as supplying sterling slide guitar over the into to Stay With Me, Woody occupied the centre of the stage to throw classic rocking rooster poses during All Or Nothing as Mick Jones minced jubilantly at stage left and Matlock and Brown sang each other hoarse on backing vocals.

For Kenney Jones the event was charged with memories; Stan Lane introduced the drummer to his brother in a Stepney pub more than 40 years ago. “It was amazing to be playing songs like Afterglow and Ogden’s Nut Gone Flake because we never performed them live at the time, just had to stick to the pop hits,” he says, “But for me, it was extra emotional. Ronnie and I formed our first band, The Outcasts, in 1963 and there were so many faces from the old days backstage. One was Ben Chimes, who was our first keyboard player in The Outcasts. I hadn’t seen the guy since those days. The memories came flooding back and it made me wonder, where did the time go?”

Jones said the cumulative effect of performances of Lane’s songs demonstrated the extent of his musical achievements. “Ronnie was a very gifted songwriter, but he was also a caring, sharing human being who put other people first,” he added, “The evening really brought home to me the fact that he’s no longer with us.”

Thus the no-shows by Rod Stewart and Ian McLagan mattered not, and little Ron was done proud, as they say in Plaistow. But that didn’t keep bad luck from the Albert Hall’s door.

Halfway through the show, John Hellier’s wife discovered her bag had been stolen. In between MC stints and corralling musicians onto the stage, her harassed husband was occupied cancelling credit cards and alerting the authorities.

Somewhere, you felt, an impish presence was looking down, smiling a toothy grin at life’s gladness and sorrows.