When Vicky awakes in her hotel room one morning, she finds Johnny and his room have disappeared – there’s just a blank wall where his room used to be. 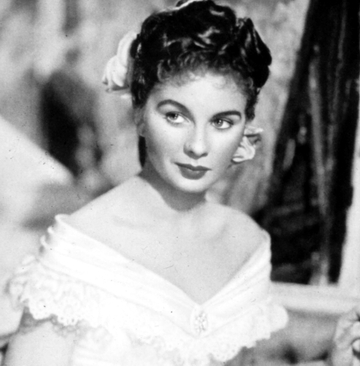 When a distraught Vicky questions the hotel management she is told that they have never heard of a person named Johnny Barton and that Vicky arrived at the hotel alone.

They show her the hotel register as evidence, which contains Vicky’s signature but not Johnny’s.

In desperation, Vicky visits the British consul and then the police. They are sympathetic but advise that they cannot investigate without some hard evidence to back up her story.

The hotel proprietors, meanwhile, hint that Vicky is either mad or has invented a story about her brother to avoid paying her hotel bill.

Her luck changes when she meets an English painter named George Hathaway (Dirk Bogarde) who remembers speaking to Johnny – who lent him 50 francs to pay a taxi fare – in the hotel bar the previous evening. George resolves to help Vicky solve the mystery.

The atmosphere of paranoia and suspicion – and the theme of a young woman trying to prove her own sanity and to uncover what she believes to be a sinister conspiracy – both seem very Hitchcockian.