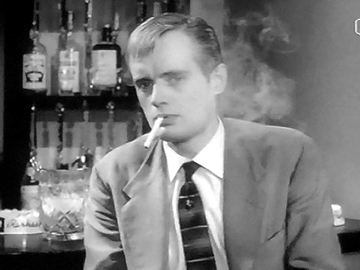 Joe Lucas (Brian Weske) finds out about it and blackmails Terry, threatening to turn him in to the police if he doesn’t give him money.

Terry then plans to rob the safe at the Adam and Eve club with his friend Johnny (Kenneth Cope), who is just back from a spell in prison.

Johnny’s girlfriend is a stripper named Sue (McCallumn’s real-life wife at the time, Jill Ireland), with who Terry is infatuated.

Needless to say, everything goes Pete Tong and Terry ends up killing another man, guaranteeing him a date with the noose.

Unfortunately, even the gritty Soho setting of late 1950s London doesn’t elevate this film from mediocrity but it’s still a watchable little film on a rainy Sunday afternoon.

Released in some markets as Jungle Street Girls.