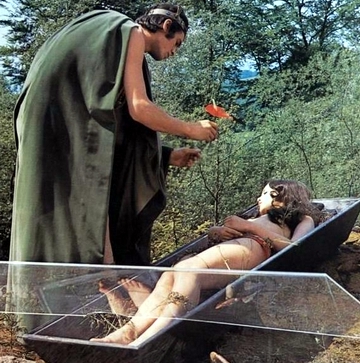 Snow White (Marie Liljedahl) is nearly raped by a bear (who Sleeping Beauty later discovers to be an enchanted prince); Cinderella (Eva Reuber-Staier) is abandoned by her stepsisters in the woods and raped and nearly killed by bandits (but saved by a witch who tricks the bandits by substituting human body parts from her stew for the girl), and the wicked stepsisters cut off parts of their own feet in an effort to fit into the glass slipper (which was in the original story).

Snow White is dressed in little more than a g-string for the entire film, and her seven dwarfs revive her at one point by smearing paint on her bare breasts. In another scene, Snow White milks a cow with her mouth . . .

The prince finally breaks her enchantment by doing more than just kissing her.

Released in some markets as Grimm’s Fairy Tales for Adults (and originally released as Grimm’s Märchen von lüsternen Pärchen). 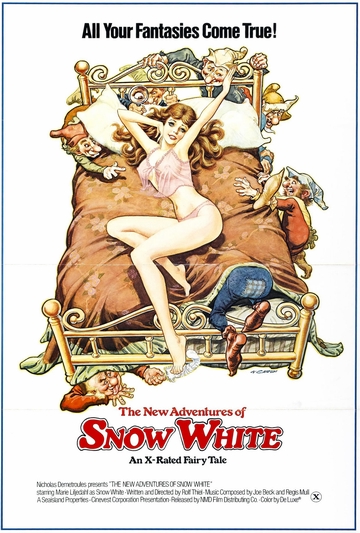