Based on Stephen Potter’s popular books, this hit-and-miss comedy just about passes muster thanks to the willing performances of Ian Carmichael and Terry-Thomas.

Henry Palfrey (Carmichael), one of life’s losers, decides to take lessons in one-upmanship when the girl he loves is won over by the caddish Raymond Delauney (Thomas).

There are some amusing moments as Carmichael learns how to “confound a bounder” under the tutelage of Alastair Sim, but director Robert Hamer – best known for the Ealing classic Kind Hearts and Coronets – handles the subtle humour with a heavy hand and fails to knit the various sketches into a convincing whole.

Hamer was fired because of his drinking problems and the remaining scenes were divvied between producer Hal E. Chester and an uncredited Cyril Frankel. 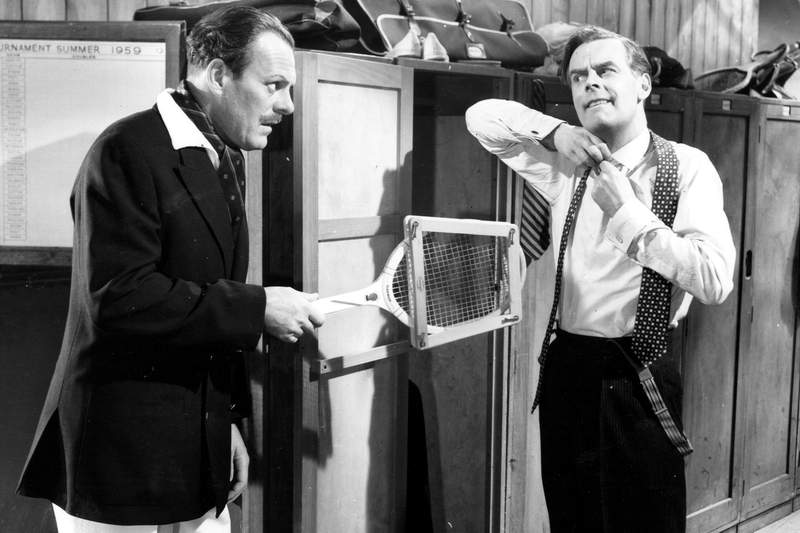 Quietly competent young Joanna Jomes (Juliet Mills)  moves with her scatterbrained mother (Esma Cannon) to a country village to take up her first job as a District Nurse. She soon overcomes the suspicion of her patients...

The always-reliable Fred MacMurray starred in Disney's Follow Me, Boys!, a comic drama about the founding of a small-town Boy Scout troop to keep the local lads on the straight and narrow. Think Boys Town with more...

The infamous Hill House was built by a stern, heartless man named Hugh Crain eighty years earlier for his first wife, and the residence has seen the mysterious deaths of no fewer than four women...

Rude and crude, rough and ready, sometimes revolting but essentially innocent in a raunchy undergraduate kind of way - This was the original frat house comedy. Animal House was a riot of raunchy silliness set in a...

By the mid-1970s it seemed like Burt Reynolds could do no wrong at the box office. With films like White Lightning and The Longest Yard (1974), he had become one of the biggest movie stars in the entire world. In...

Dustin Hoffman got his first starring role in this gentle Oscar-winning satire about American values as Benjamin Braddock, a 21-year-old graduate who is seduced by the older Mrs Robinson (Anne Bancroft), and then falls in...