Debbie Benton (Bambi Woods) is the captain of her high school cheerleading squad and has been accepted to try out for the Texas Cowgirls. Her parents disapprove, though, and refuse to pay the fare to Texas. 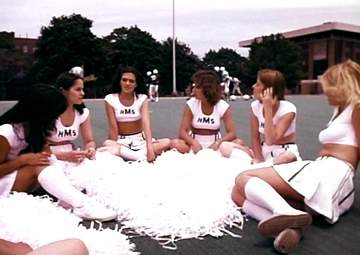 In a bid to help Debbie, her cheerleader friends Lisa (Georgette Sanders), Roberta (Misty Winter), Tammy (Arcadia Lake), Pat (Kasey Rodgers), and Annie (Jenny Cole) decide to accompany her to Texas. They have two weeks to raise the money and form a company called Teen Services to help.

Debbie gets a job at a sports store run by Mr Greenfield (Richard Balla), Tammy takes a job in the local record store run by Tony (Tony Mansfield), Roberta convinces Mr Hardwick (Eric Edwards) to give her a job at the candle store with Mrs Hardwick (Robyn Bird), while Rikki (Sherri Tart) and Annie agree to wash Mr Bradly’s car.

While working for Mr Greenfield at the sports store, Debbie is talked into allowing him to see her breasts for $10, fondle her breasts for another $10, and then she lets him suck them for an additional $20. 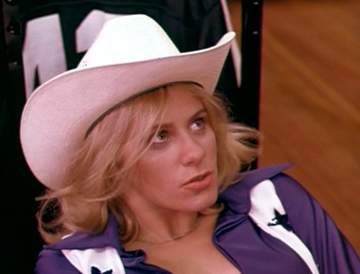 Realising that they will not be able to raise enough money by legitimate means, Debbie convinces the other girls to engage in sexual activities for money. Cue Mr Greenfield – dressed in his old football uniform – indulging in his most carnal fetishes with Debbie on the floor of his store . . .

Debbie Does Dallas was highly successful, selling 50,000 copies when it was released on videotape.

Dallas Cowboys Cheerleaders Inc. filed suit against the film for using their cheerleader uniform in the film without permission. The sequels used a different uniform.

Some scenes were filmed in the library, gymnasium and sauna at the Brooklyn campus of the prestigious Pratt Institute, causing embarrassment to officials of the school, who believed the filmmakers were shooting an educational film. 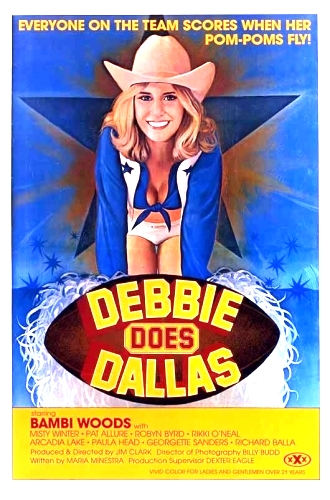