Frustrated virgin Justine Jones (former Broadway dancer Georgina Spelvin) is tired of her life and commits suicide. She comes to a place where the decision is made whether she will end up in Heaven or Hell.

By rights, she should go to Hell because of her suicide, but she is offered the option to return to Earth and live life according to one of the mortal sins for some time.

She chooses ‘lust’ and a few days of carnal pleasure follow with assorted partners – and a snake. And a bowl of fruit.

The Devil in Miss Jones is both well filmed and well acted – as well as lustily performed – taking a big step to bridge the gap between serious filmmaking and mere sexploitation.

Sue Flaken was originally cast to play the lead role of Justine Jones, but a day or two before filming began she had to pull out due to an impacted wisdom tooth. Georgina Spelvin originally signed on to run the commissary, cooking for and feeding the cast and crew. Even after she was cast in the lead role, she continued to serve on location as the company cook.

Director Gerard Damiano died in October 2008 of complications following a stroke. He was 80. 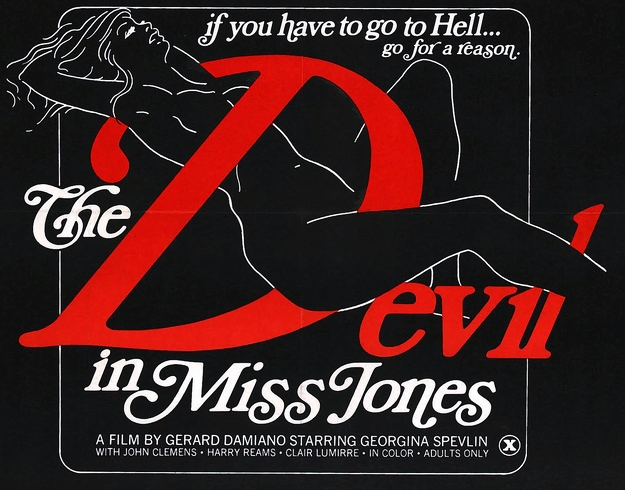