The opening credits of Fantasm are overlaid on to extreme close-ups of a woman touching herself. After what feels like an eternity, creepy German sexologist Professor Jürgen Notafreud (John Bluthal in a massive step down from Never Mind The Quality, Feel The Width!) arrives in a brown suit and bow tie to address the audience, telling us that the film we are about to watch will “undertake the exploration of the innermost mechanisms of the female mind”. Of course, it does no such thing.

“Beauty Parlour” features two male hairdressers stripping a lovely brunette, shaving her pubic hair and then . . . giving her a pedicure! while “Card Game” stars Maria Arnold and William Margold and their friends playing strip poker, with Maria seeing how many of her husband’s male friends she can accommodate at once.

“Wearing The Pants” sees bored housewife Gretchen Gayle catching Con Covert stealing her underwear from her clothesline and punishing him by bending him over the kitchen table, whipping him with a cat o’ nine tails and then doing him up the bum with a spiked strap-on).

The film’s most harrowing segment is “Nightmare Alley”, in which Rene Bond runs into a black boxer in a dark backstreet and is dragged into his apartment, tied up and raped . . . until she likes it. 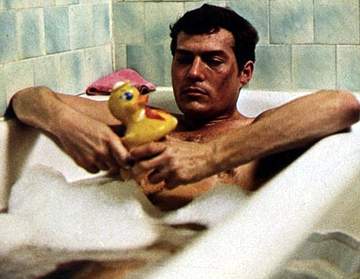 “The Girls” has Uschi Digard and Mara Lutra engaging in lesbian sex in a sauna, while “Fruit Salad” sees Hispanic spitfire Maria Welton using John Holmes’ penis as a snorkel in an underwater sex scene in the swimming pool after he turns her into a human fruit salad with pineapples, cherries and whipped cream before devouring her. 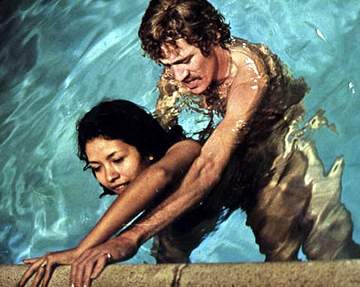 A 2010 DVD has eight minutes removed from the Rene Bond rape scene in the boxing ring (“Nightmare Alley”) along with all dialogue from Candy Samples referring to the pleasures of incest (in “Mothers Darling”). Released in some markets as World of Sexual Fantasy.

Not to be confused with the 1978 horror classic, Phantasm.