Every opportunity for smutty innuendo is seized in this hospital comedy as Debbie Ash suffers countless indignities in the title role.

Filmed in the autumn of 1977, the movie was based on a novel by Christopher Wood – Confessions of a Night Nurse, published in 1974. Wood followed the character of naive suburban teenager Rosie over nine books between 1974 and 1977, casting her as an escort, a babysitter, riding mistress, barmaid and so on.

Adopting the title Rosie Dixon – Night Nurse, the film was produced by experienced filmmakers Davina Belling and Clive Parsons, who spent over a year auditioning young hopefuls to take the leading role.

In August 1977 Belling told Screen International; “I’ve seen a lot of 18-year-old scrubbers in the last 18 months, but when we found Debbie Ash we knew she was right!”.

For pretty blonde-haired Ash, the role was gold dust and the trade papers spoke of her becoming ‘the next big thing’. Sadly it wasn’t to be. Her fame was eventually eclipsed by her sister Leslie, who incidentally took a small supporting role, with uncharacteristic brown hair, in Rosie Dixon.

Inspired by primetime medical soap Dr Kildare, starry-eyed 18-year-old virgin Rosie Dixon (Ash) decides to become a nurse and enrols at nearby St Adelaide’s Hospital. The harsh reality of life on the wards is somewhat different from television, however, since the nurses are dominated by a tough, unfeeling Scottish Matron (Beryl Reid – wonderful as usual).

Sharing a room in the nurses’ home with an upper-class nympho called Penny Green (Carolyne Argyle), Rosie becomes the focus of sexual attention for a gaggle of lecherous student doctors whose main priority is shagging rather than treating patients. 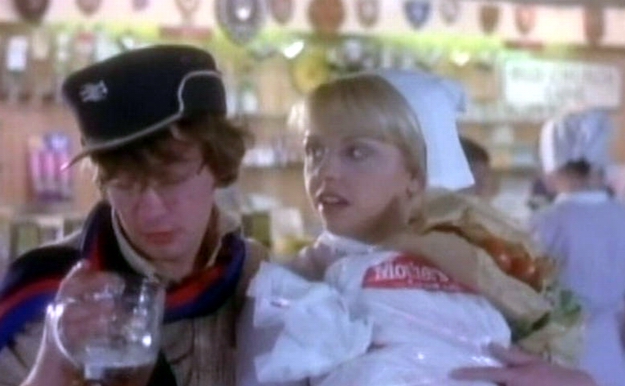 The guest stars (both in and out of bed) are of the usual Columbia calibre. Many faces are re-used from previous Confessions episodes, notably Liz Fraser as a dizzy housewife obsessed with winning newspaper competitions and John Le Mesurier as head surgeon Sir Archibald (more interested in the 3.30 at Newmarket than whipping out an appendix).

The biggest shock is seeing veteran comic Arthur Askey (in his last film role) as a dirty old man whizzing about in his motorised wheelchair, pinching nurses’ arses.

The sight of him rolling around in an electric wheelchair, pinching bums and leering his way through his final performance as a hospital patient is almost painful, not to mention somewhat ironic, considering Askey had both legs amputated shortly after the film was made.

Nobody can deny the film looks great. It’s certainly as glossy as director (and former commercials director) Justin Cartwright intended, but with none of the cheerful effervescence of the Confessions series.

Even some of the corny jokes are well below the quality threshold we expected from the finest British sex comedies. 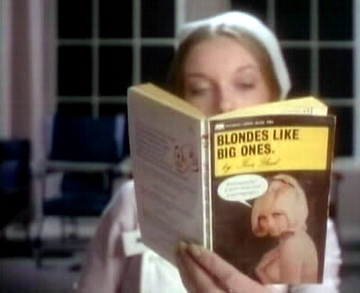 “Are you intimidated?” asks the ferocious Matron. “I don’t think so, but I’ve had a flu jab!” Rosie replies.

In the title role, Debbie Ash tries very hard but lacks the clumsy physicality of Robin Askwith. Playing Rosie virtually straight, she just doesn’t have the personality to pull it off.

Major Argyle was a circuit judge for 18 years who vigorously spoke out against permissiveness and pornography. He famously presided over the Oz magazine obscenity trial, handing out severe prison sentences and pronounced publicly, “I will not tolerate filth!”.