Anne (Lorna Heilbron) is invited by her girlfriend Helen Ramsay (Donald Pleasance’s daughter, Angela, who looks unnervingly like her father in a wig) to stay with her in her decaying country mansion. 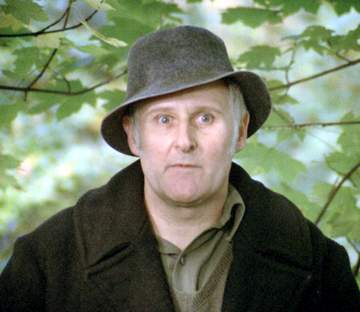 The secluded estate – staffed by grumpy estate handyman Brady (Peter Vaughn) and housekeeper Hannah (Nancy Nevinson) – isn’t quite what it seems, though, and neither is Helen, who is fixated on a young woman named Cora (Marie-Paule Mailleux) and turns out to be a lesbian axe murderess who chops up her girlfriends and dumps them into a stagnant lake covered with dead leaves.

Character actor Raymond Huntley, a veteran of many British comedy films, plays the owner of the village store in his last film.

The film is filled with stuffed owls, preserved insects and bodies in various stages of decomposition draped over Queen Anne chairs but it’s a slow and meandering affair and the plotline is thin – but there are some lovely atmospheric shots of the English countryside.

Jean Seberg was originally cast in the role of Helen but was forced to drop out of the production because she was not a member of Actors’ Equity.