Definitely not to be confused with the Pixar cartoon, Russ Meyer’s last-but-one film for the cinema was this, and it went further than he ever had before in depicting the sex that he had previously left as teasing nudity.

Adolf Schwartz (Edward Schaaf), who bears a striking resemblance to another Adolf, expires in an untimely attack in his bath by a piranha fish.

Enter “All American Dream Girl” Margo Winchester (Raven De La Croix), unable to thwart the voracious carnal attraction of one Leonard Box (Larry Dean), who is soon killed mid-rape by one blow from the buxom Margo.

This is witnessed by Homer Johnson (Monty Bane), the local sheriff who promises to overlook her indiscretion in return for sampling the helpless girl’s voluptuous charms.

But Adolf’s killer is still on the loose. Who might be the ruthless killer in such a law-abiding township? No-one knows or cares, as they’re too busy being distracted by busty Margo.

It all ends with a series of complicated plot twists that reveal that just about everyone is really someone else. And if it gets too confusing, Russ Meyer helpfully has Kitten Natividad (with a dubbed-in voice) provide a one-woman nude Greek chorus to pop up at intervals to explain what’s going on. 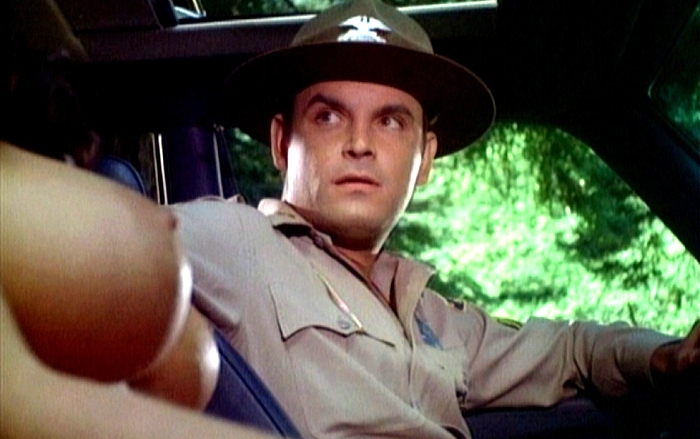