There’s another island full of genetically created dinosaurs in this exuberantly calculated sequel to Jurassic Park (1993).

But while the cloned package does elicit a nagging sense of déjà vu, such feelings never get in the way of the overpowering excitement and spectacular special effects, which are served up in deliciously scary dollops.

With Richard Attenborough and Jeff Goldblum on hand once more to test the balance of nature off the coast of Costa Rica, director Steven Spielberg ensures his epic thrill-ride runs smoothly along well-oiled tracks.

Even though the final third of the movie, where the T Rex rampages through San Diego, seems slightly tacked on, events move at such a breakneck pace there’s barely time to think about anything other than screaming in amazement. 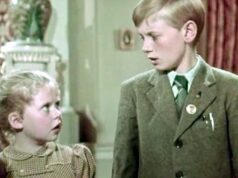 Spencer Tracy and Katharine Hepburn are unforgettable as the perplexed parents in this landmark 1967 movie about mixed marriage. Joanna Drayton (Katharine Houghton), is...

After a brief holiday romance in Greece, Ann Stanley (a woman of 40) finds romance with 22-year-old Peter Latham in this comedy-drama. Ann does not...

This is an honest exploration of male friendship based on lead actor Jon Favreau's autobiographical script about his first years in Hollywood. He, and three...

TV reporter Jenny Lerner (Téa Leoni) believes she is tracking down a sex-scandal story of Presidential indiscretion until she discovers a huge comet is...