The Babys signed a lucrative deal with Chrysalis Records in 1976 before even playing a single gig.

Proclaimed within the business as the name to watch in ’77, their self-titled debut album (recorded in Toronto) failed to ignite the torches of the British rock public, so the band decided to head for the more sympathetic pastures of America rather than slog their way through clubs and colleges in the UK.

Having laid out what is rumoured to be half-a-million pounds in signing and marketing The Babys, Chrysalis not surprisingly wanted a return on their investment.

They twisted the band’s British image of surrogate Bad Company into contemporary Bay City Rollers in the States by directing them towards the teenybop market. 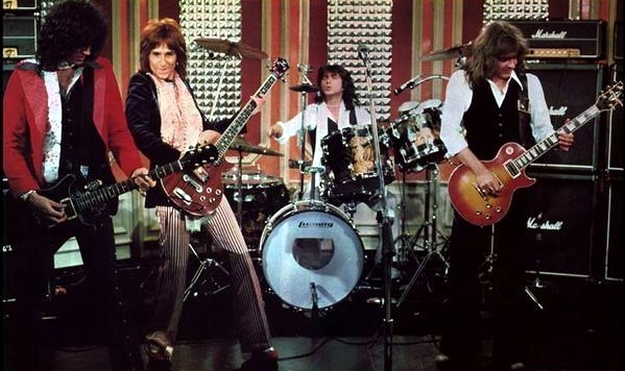 When the second album, Broken Heart, came out the record company concocted a careful campaign to nationalise The Babys in America, including a tour which required a huge financial commitment.

The group had a hit single in the States with Isn’t It Time? (1977) and their third LP, Head First, finally established them (although the axe fell on Corby, primarily due to friction between him and Waite).

Head First provided another Top 20 hit in the shape of Every Time I Think Of You. 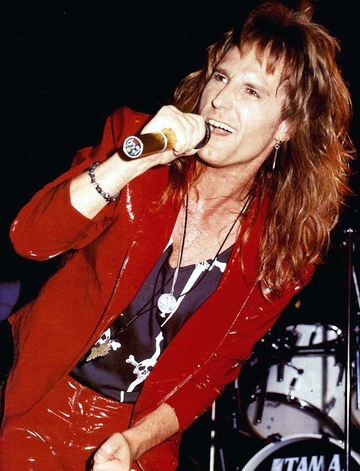 The Babys recruited not one but two replacements for Corby, hiring a specialist bassist (Ricky Phillips) to allow Waite to focus on his role as the singer. Jon Cain played both keyboards and guitar and was a good all-rounder to fill the void left by Corby’s dismissal.

Cain made his presence known on the band’s fourth album, Union Jacks.

Following some arena dates with Alice Cooper, The Babys were teamed with Journey for a major US tour. The headliners were promoting Departure and with Union Jacks starting to gain momentum, the pairing lived up to its mouth-watering potential.

Their uninspired swansong LP, On The Edge, was written and recorded in just six weeks.

Jon Cain wasn’t around for much of the recording, having been courted to become Gregg Rolie’s replacement in Journey.

The Babys disbanded in late 1981 with Brock and Stocker joining Rod Stewart on tour. Ricky Phillips would end up in Styx.