The Beatmen were a Slovak rock band singing predominantly in English. Although they released only four songs between 1964 and 1966, they remain one of the most significant bands in the history of Czechoslovak popular music.

They were one of the first bands from behind the iron curtain to play in western Europe (they performed in Munich in 1966).

Their desire for artistic freedom without limitations from the political regime led the group to emigrate to West Germany, but without Ursiny, who decided to stay. He was replaced by Juraj Eperjesi.

They released one single in Germany with a new line-up, but split soon thereafter due to personal problems and disappointment from the little success they gained.

Madness were at the forefront of the UK ska revival at the end of the 70s. They ultimately shed the 2 Tone image and became one of the...

Hailing from Northern Ireland (and originally known as The Method), Andwella's Dream signed with CBS in London for whom they recorded three albums and...

Sydney-based Box The Jesuit formed in October 1986 from the ashes of underground angst merchants Madroom. Box The Jesuit was headed up by the infamous... 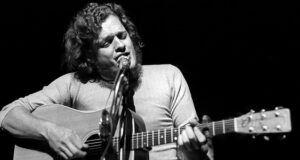 Following a tradition set by Aussie bands like The Affair, The Executives and Zoot, Sydney-based Autumn was unashamedly a pop band. Their debut single Mr Henry's...