Home Artists - A to K Artists - B Boomtown Rats, The

The Boomtown Rats were formed in Dun Laoghaire (near Dublin), Ireland in 1975 by former NME journalist Bob Geldof (after he was thrown out of Canada where he had been working illegally) and were originally called The Nightlife Thugs. The name ‘Boomtown Rats’ came from Woody Guthrie‘s autobiography  Bound For Glory.

Moving to London in late 1976 they signed to the newly founded Ensign label.

Although their music was rooted in R&B and they were more of a New Wave outfit than anything, the band were loosely affiliated with the burgeoning punk scene, at least initially.

In the long, hot summer of 1977, their debut single Lookin’ After Number One made the UK Top 20. This was closely followed by a similarly successful eponymous debut album and a second Top 20 hit, Mary Of The 4th Form.

With a sound somewhere between Eddie & The Hot Rods and The Rolling Stones, The Boomtown Rats were a compelling live band, with Geldof’s moody charisma helping give the band its distinctive identity. 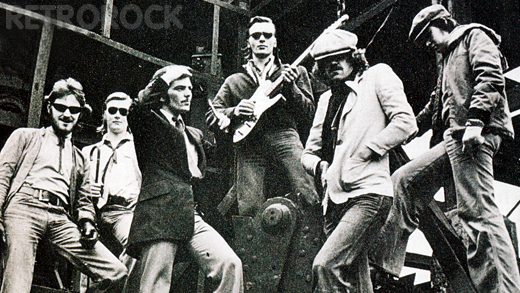 Major success came with A Tonic For The Troops (1978) which spawned their first #1 hit in Rat Trap, which famously knocked John Travolta and Olivia Newton-John out of the top spot in the UK.

They scored a second #1 and a huge worldwide hit with I Don’t Like Mondays, a stunningly effective, piano-driven piece, inspired (if that’s the right word) by American schoolgirl Brenda Spencer who shot dead her principal and injured several of her classmates in San Diego, California in January 1979. 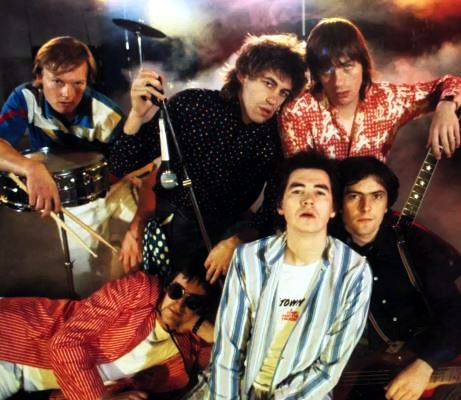 The accompanying album, The Art Of Surfacing (1979) showed the Rats at their peak, although subsequent albums increasingly followed a more mundane pop/rock direction and the band slowly faded from view, finally calling it a day in 1984.

Geldof retained a high profile, with the Irishman helping to mastermind the mammoth undertaking that was Band Aid.

He and Midge Ure (of Ultravox fame) assembled together all the major music stars of the time to sing Do They Know It’s Christmas? with the resulting single making millions for famine relief in Ethiopia.

Not content with this, Bob and Midge reunited most of the stars again for the Live Aid concert at Wembley Stadium on 13 July 1985. This was simultaneously broadcast across the Atlantic at JFK Stadium in Philadelphia.

At the time, it amassed well over £10 million, the money being spread around other needy charities as well as Ethiopia. The total at the end of 1991 was over £100 million! 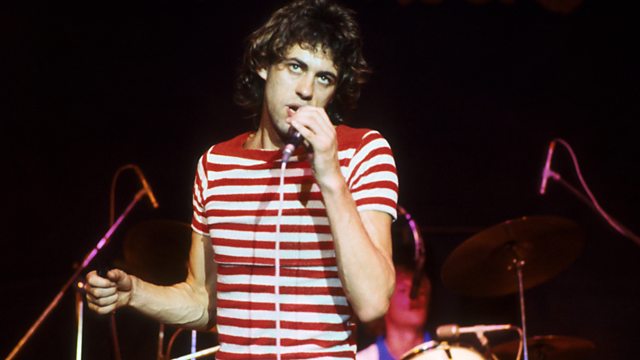 In June 1986, Bob became Sir Bob Geldof after being knighted by the Queen. Two months later he married fiancée, Paula Yates. She gave birth to Fifi Trixibelle and in 1989, their second daughter, Peaches, was born.

By 1995, Paula had left Geldof for Michael Hutchence of INXS.

Bob and Paula were subsequently divorced but tragically her new relationship was cut short when Hutchence died on 22 November 1997. Yates died in September 2000 of an accidental heroin overdose. Led by lisping singer and poet/lyricist Tom Rapp, Pearls Before Swine formed in 1965 and wrote and recorded a number of songs which they sent...

It's very difficult to overstate how refreshing Jane's Addiction felt when they first emerged from LA in the late 80s. They allowed the listener all...

Patti Smith, a rock critic and aspiring Bob Dylan-fixated poet from South Jersey (born in Chicago in 1946) only truly found herself when she began...

Genuine escapist joy rarely sounded purer than on the teenage surf-and-hotrod pop pouring out of the Hollywood Hills in the early 1960s, where kids'...