Brotherhood of Man’s 1970 UK hit United We Stand was adopted as a clarion call for the post-Stonewall gay rights movement.

Hardly an outcome that producer Tony Hiller could have imagined in 1969 when he assembled five of Britain’s top studio session singers as the Brotherhood Of Man.

The group eventually settled on a line-up containing Nicky Stevens, the unrelated Sandra Stevens, Martin Lee and Lee Sheriden. It was this line-up that was chosen to represent Britain in the 1976 Eurovision Song Contest. 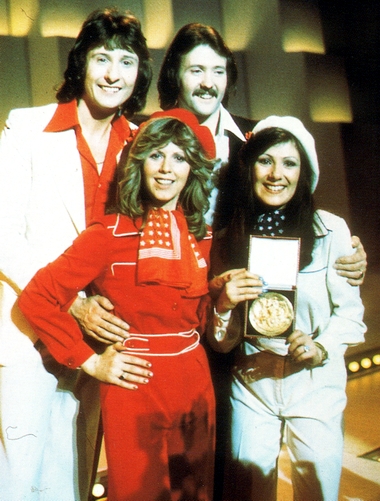 Lee and Sheriden were co-writers of their entry, Save Your Kisses For Me – a perky, country-tinged pop song with a similar twist to Chuck Berry‘s Memphis Tennessee (ie: the ‘baby’ referred to throughout is a child).

On the night of 3 April 1976 in Den Haag, Holland, they performed it with some unbelievably twee elbow jerking, knee-lifting dance movements. It had won long before all the votes were tallied, picking up 164 out of a possible 204 points – more points than any entry in the contest since 1956.

Save Your Kisses For Me charted at #1 in Britain, Holland, Belgium, France and Norway,  #2 in Germany, #10 in Australia and #27 in America, and remains to this day the biggest-selling Eurovision single ever.

Brotherhood Of Man are one of the few hit-making groups of the 70s to still be touring with their line-up intact. They remain a major attraction on the UK cabaret circuit. 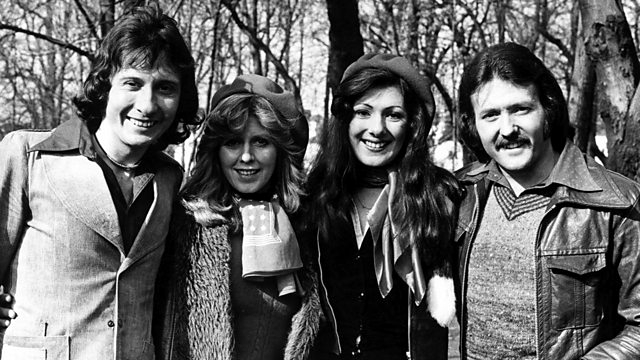