This energetic punk band originated from Hitchin in Hertfordshire in 1978 and kept their good-natured Sex Pistols-inspired vision active well into the mid-1980s.

The band released their debut EP, Puppets Of War, on their own Gargoyle label in 1981, followed by their fabulous second single, Reality, on Step Forward.

They then signed to Secret for several more excellent releases including debut album Chronic Generation which reached #53 on the UK chart in 1982.

Glynn Barber, JJ Johnson and new bassist Roy Horner revived the band in 2013, playing the Rebellion festival and touring the US and Europe. This Is The Age (2016) was their first new album since 1982.

Barber now sang with an American drawl and, while there were plenty of well-crafted songs, the straight rock album didn’t really sound much like Chron Gen. 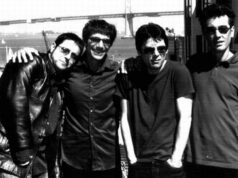 This Bristol punk band formed in late 1978 and was fronted by blonde vocalist Beki Bondage (real name Rebecca Louise Bond), who became for...

Raised near Cleveland, Ohio, Eric Carmen developed an appreciation of classical music early on, before being transfixed by The Beatles, which resulted in his...

Focusing on the talents of guitarist and occasional vocalist Paul Samson (who sadly passed away from cancer on 9 August 2002) Samson were at...