Chuck Jackson racked up a string of uptown New York soul monsters on Scepter’s subsidiary label Wand in the early 60s, but by 1967, the vastly experienced Jackson, who’d started out with the legendary doo-wop group, The Del-Vikings, in the late 50s, and also cut memorable duets with Maxine Brown and Doris Troy, was casting around for a new billet.

His old friend Smokey Robinson had been urging him to sign with Motown, and heading for Detroit must have seemed a commercial no-brainer. Artistically, though, it didn’t quite come off.

Perhaps it was because they kept getting him to sing covers of Temptations and Four Tops songs, which induced him to strain his weathered baritone for effect, coming on like a third-rate David Ruffin.

But when he worked with Smokey Robinson, the results weren’t much better. His gravelly tones just didn’t fit the youthful bouncy Motown sound.

Jackson was a strange hybrid. At one level, an inveterate soul shouter, at another a cabaret-style sophisticate, a lover man still decked out in a swish tuxedo.

But not all of his work with Motown is forgettable. His original version of Jimmy Webb’s Honey Come Back (Webb was signed to Motown’s publishing arm, Jobete) was classic Jackson. And the last of the three albums he cut in Motor City, Teardrops Keep Falling In My Heart, is worth a spin – Let Somebody Love Me, Is There Anything Love Can Do? and covers of Rainy Night In Georgia and The Thrill Is Gone at last allowing him to showcase his urbane versatility. 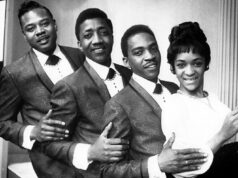 During the 1970s, UFO was one of the most popular heavy metal bands in the world, thanks in no small part to the blistering guitar work...

Mike and The Mechanics

Genesis bass player Mike Rutherford formed Mike & The Mechanics as a side-project, little realising his spin-off group would become a fully-fledged band in their own...

Now universally acclaimed as a classic, Vashti Bunyan's LP Just Another Diamond Day (1971) went unheralded for the better part of three decades until, in...

The Charlatans came into existence after Jon Baker and Martin Blunt (ex-Makin' Time) were crushed between Morrissey and Marr's monitors at a Smiths gig in the...

The London-based new wave group Wang Chung had a handful of hits in the mid-80s, achieving their greatest popularity in America. Originally called Huang Chung,...