Six-piece Australian band The Cockroaches formed in 1979 while four members of the band were attending the same Sydney school (St Joseph’s College at Hunter’s Hill).

They chose as their band name a moniker used by The Rolling Stones for secret low-key gigs. It was a fitting choice for the rhythm and blues material of the band’s early days.

Their bright and poppy single See You In Spain was released in 1984. A follow-up, My Whole World’s Falling Down, emerged a year later.

In 1986, the band signed with Regular Records (former home of Icehouse, The Reels and Mental as Anything) who released the single Wait Up. Their self-titled debut album followed in 1987.

The album produced a further three singles – She’s The One, Some Kind of Girl and Double Shot (Of My Baby’s Love).

A second album, Fingertips, produced four singles – Hey What Now!, You and Me, Permanently Single and Another Saturday Night. 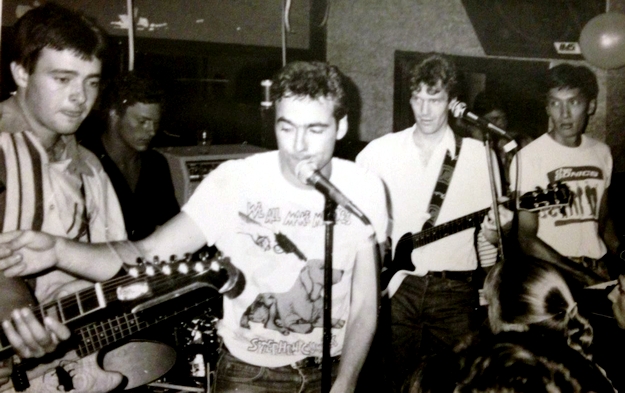 The band’s third album on Regular (Positive) was released in June 1991 and produced three singles – the gospel-flavoured Hope, I Must Have Been Blind and a cover of Brenda Lee‘s Here Comes The Feeling.

By the end of the year, though, The Cockroaches finally called it a day.

Tony Field and Jeff Fatt then embarked on a project called The Wiggles which turned out to be one of the most internationally successful children’s entertainment ventures of all time. 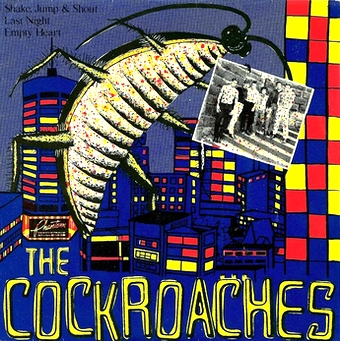