In 1967, former drummer of The Searchers, Chris Curtis, asked the boss of Alice Edwards Gowns (a rag trade company) to manage a new group he wanted to put together.

Tony Edwards invited his friend John Coletta, an advertising consultant, to join him in this new venture.

Originally named Roundabout, the band got off to a slow start. Early in 1968, in the unlikely setting of Deeves Hall, a farm house near South Mimms in Hertfordshire (rented for £50 a month by Edwards and Coletta), auditions and rehearsals took place over three months.

The nucleus was already in place, with Jon Lord and Nick Simper (ex-The Flowerpot Men) on keyboards and bass respectively, and a brilliant young guitarist they had seen play in Hamburg, by the name of Ritchie Blackmore.

What they needed was a vocalist and a drummer. They auditioned dozens of hopefuls (including Rod Stewart) courtesy of an advert in Melody Maker but finally decided on Rod Evans and Ian Paice.

By 1968 the band had changed their name to Deep Purple (after the Nino Tempo and April Stevens song), but it was only during the Ian Gillan/David Coverdale eras that the group reached the dizzy heights of stadium fame. Former aircraft radio mechanic Blackmore, meanwhile, showed all air-guitarists why he is truly the king of riffs, with his work on Purple’s two biggest hits, Smoke On The Water and Black Night.

During a 1969 tour of America, Paice, Blackmore and Lord demanded Evans and Simper be fired. Ian Gillan and Roger Glover were poached from a band called Episode Six to replace them. Thus began the most commercially successful stage of Deep Purple’s career.

Deep Purple In Rock (1970) has been recognised as the first Hard Rock album ever and is undoubtedly one of those albums everybody seems to know – if not the music then at least the Mount Rushmore-esque cover.

At the insistence of the record label, the single Black Night was added as an afterthought. The single set the UK on fire and changed the fortunes of Deep Purple forever.

In 1971, following the release of their Fireball album, the hand of fate took the band to Montreux in Switzerland to record at the same time as Frank Zappa‘s Mothers Of Invention were playing at the Montreux Casino.

Their witnessing of the burning down of the Casino, immortalised in Smoke On The Water with Blackmore’s famous riff, (heard in guitar shops and garages the world over), and Gillan’s simple re-telling of events, elevated them and their Machine Head (1972) album to legendary status.

Having toured America during the summer of 1972, Deep Purple visited Japan, where the local record label pressed for a live set to satiate a fan base that sang along to every word over three August nights in Osaka and Tokyo. The live double album Made In Japan (1972) was issued without overdubs and demonstrated the majesty of Deep Purple at the peak of their powers.

Also in 1972, Deep Purple was judged the loudest rock group in the world, with the Guinness Book of Records putting their concert level at a record 117 decibels, just three short of the pain threshold!

During the recording of Who Do We Think We Are? (1973), tensions between Ian Gillan and Ritchie Blackmore reached boiling point, and Gillan (pictured at left) resigned from the band in June 1973.

He set up his own rock empire after leaving the band, comprising a recording studio, a record label, a rock & roll travel agency, a motorcycle company and a couple of hotels.

Roger Glover resigned shortly thereafter, largely due to an “either he goes or I go” ultimatum from Blackmore.

In September 1973, David Coverdale left his job as a menswear shop assistant in Redcar, a small Yorkshire town, to join Deep Purple as vocalist. All over the world, male 6th form students grew their hair long and got stoned for the very first time to the funereal organ music of Jon Lord and budding guitarists everywhere tried to emulate Blackmore in their bedrooms (oo-er missus!)

Burn (1974) went Top 10 in both the US and UK album charts and Deep Purple toured the States in their own personalised jet airliner. Ritchie Blackmore, though, was growing increasingly unhappy with the band.

Ritchie Blackmore’s final Purple gig (captured on their 1975 album, Live In Paris) features some of the campest metal ever recorded, with David Coverdale’s fruity exhortations to “Come orn!” screeching over cheesy Hammond organ and the guitar wizard’s inevitably lengthy solos.

At this point, Jon Lord and Ian Paice might have gone their own way, but David Coverdale was instrumental in finding a replacement for Ritchie – a young American called Tommy Bolin. After one jam session, Bolin became lead guitarist in Deep Purple Mk IV.

Come Taste The Band (1975) was the least successful Deep Purple album since 1970, but the band embarked on a Far East tour towards the close of the year. It was to be a tragically short relationship, which was compounded by Bolin’s drug problems. He injected himself with impure heroin and became incapable of playing lead guitar effectively.

Back in the States everyone tried to help Bolin kick the habit but with little success. He deteriorated further during the 1976 UK tour, primarily as a result of the negative reaction he received from British audiences (Blackmore was viewed as rock royalty in his home country).

In the end, Coverdale admitted, ego clashes killed the band; “Towards the end no one was cooperating, people were refusing to record together, that petty trip.”  Deep Purple played their final gig at the Liverpool Empire on 15 March 1976.

Tommy Bolin died of a heroin overdose in a Miami hotel room on 4 December 1976. He was just 25-years-old.

In 1978 Coverdale formed a new band called Whitesnake, which Jon Lord joined. Young Ritchie B went on to further fame and fortune with his solo effort, Rainbow, while the others went on to enjoy mixed solo success, not to mention The Butterfly Ball (I said NOT to mention that!).

In April 1984, the classic line-up of Gillan, Lord, Blackmore, Glover and Paice reunited, releasing the album Perfect Strangers in October, and touring the world to critical and commercial acclaim throughout 1984 and 1985.

Deep Purple continued touring and recording until Gillan was fired in 1989, as his relationship with Blackmore had once again soured. Former Rainbow vocalist Joe Lynn Turner was recruited briefly into the band, until Lord, Paice and Glover insisted that Gillan return. Blackmore accepted the decision grudgingly, but walked out on the band himself, during a 17 November 1993 show in Helsinki, Finland.

Joe Satriani was drafted to complete the tour and stayed on for a European Summer tour in 1994. He was asked to join permanently, but his contract with Epic Records prevented this. The band unanimously chose Kansas guitarist Steve Morse to become Blackmore’s permanent successor

Deep Purple enjoyed successful tours throughout the rest of the 1990s, releasing a number of albums and touring with renewed enthusiasm.

The group continued on until 2002, when founding member Jon Lord announced his amicable retirement from the band to pursue personal projects. His replacement was Don Airey, keyboard veteran of Rainbow, Ozzy Osbourne, Black Sabbath, and Whitesnake.

Jon Lord succumbed to cancer at the age of 71, suffering a fatal pulmonary embolism on 16 July 2012 in London.

Clyde Lensley McPhatter was born on 15 November 1933 in the tobacco town of Durham, North Carolina. He was one of ten children for George and Eva McPhatter. His father preached at Mt Calvary Baptist... 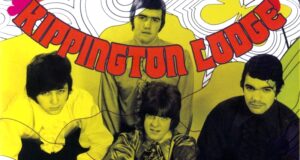 Kippington Lodge released five excellent singles on Parlophone Records between 1967 and 1969, yet they remain one of the least known English pop groups of the late sixties - despite boasting a line-up that included...

Michael Lloyd signed his first music publishing deal at the age of 13 and signed with Epic to cut his album, October Country, when he was 18. Taking the title October Country from a book by Ray Bradbury,...

Julie Felix was born on 14 June 1938 in Santa Barbara, California. She arrived in the UK in the early 60s during a time when several American folk singers, including Paul Simon, had also relocated...

Entering the Billboard Top 40 on 21 January 1984, 99 Luftballons - a single by Teutonic new wave group Nena sung entirely in their own language - put German popular music on the map. Peaking at #2 made it...

United States of America, The

A registered Communist starts a band called The United States of America and lands a major label record deal before playing a single live gig? Only in the Sixties . . . After studying with avant-garde...

Marty Rhone was born Karel Lawrence van Rhoon in the Dutch East Indies in 1948. His family moved to Australia in the 1950s and he appeared on a talent quest segment of The Tarax Show television...