The Dells have been around so long they make The Rolling Stones look like young whippersnappers.

Starting out in Chicago as a Doo Wop group called The El Rays, they signed to Checker in 1953. In 1954 they moved to Vee-Jay Records where they recorded their first hit, Oh What A Night.

They then moved into the slick supper club circuit and away from their old style, becoming one of the few acts from that era to make the transition to soul music in the 60s and be even more successful.

After putting out some moderately successful records on the Argos and Vee-Jay labels in the mid-60s, they signed with the Chess subsidiary Cadet in 1966 which is where they became one of the greatest soul harmony groups ever.

Their second single for the label, Run For Cover, was only a regional hit but has long been a big floor-filler on the Northern Soul scene.

The incredible I Can Sing A Rainbow/Love Is Blue takes the simple old chestnut about rainbows and sunny skies and turns it into an emotional epic of lost love with big, sweeping production and Marvin Junior’s deep, masculine baritone alongside Johnny Carter’s heavenly falsetto.

The Dells continued performing and recording sporadically until 2012.  They were inducted to both the Vocal Group Hall of Fame and the Rock and Roll Hall of Fame in 2004.

Johnny Carter died of cancer on 21 August 2009.  Marvin Junior died in his sleep (aged 77) on 29 May 2013 at his home in Harvey, Illinois, succumbing to complications of kidney failure and a weak heart. 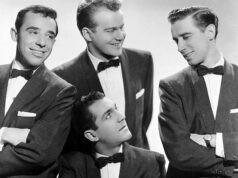 One of the seminal British 'head' bands of the 70s, Caravan hailed from the Kent cathedral town of Canterbury and would eventually clock up...

One of the very few Merseybeat bands with female members and possibly the first 'girl group' of all time, The Liver Birds formed in 1963. The band...

The Dells have been around so long they make The Rolling Stones look like young whippersnappers. Starting out in Chicago as a Doo Wop group called The El Rays,...