Formed in Los Angeles in 1977, The Dickies were always regarded as a cartoon band, understandably given that their biggest hits were novelties like Nights In White Satin and Banana Splits (Tra La La Song), but the band always took their career very seriously – always pushing for top production values and professional musicianship.

The highlights in their career included signing with A&M and notching up chart hits. The lowlights are headed up by original drummer Chuck Wagon’s tragic suicide in June 1981.

On the strength of a demo tape, The Dickies became the first LA punk band to score a major label deal in 1978, when they signed with A&M. That year they issued their debut single, which featured their warp-speed cover of Black Sabbath‘s Paranoid and the originals Hideous and You Drive Me Ape (You Big Gorilla).

The group’s debut album, The Incredible Shrinking Dickies, was released early in 1979 to significant sales in the UK where their cover of the Banana Splits television theme song became a Top Five hit.

By the end of the year, they followed up with the Dawn of the Dickies LP which featured the brilliant Manny, Moe and Jack and (I’m Stuck In A Pagoda) With Tricia Toyota, plus a jokey, rocked-up cover of the Moody Blues‘ Nights in White Satin. 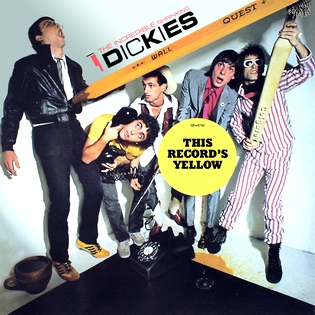 In 1980, the band released a version of the theme from the Japanese cartoon series, Gigantor, but by the end of the year, the increasingly volatile Chuck Wagon had left the band. Sadly, he shot and killed himself in June 1981.

Stunned, the rest of The Dickies went on hiatus during which much of the original lineup drifted out of the group. Late that year, Phillips and Lee returned with a new version of the group, which included guitarist Steve Hufstetter (soon replaced by Scott Sindon), bassist Lorenzo “Laurie” Buhne, and drummer Jerry Angel.

This lineup recorded half of the material on the 1983 mini-LP Stukas Over Disneyland, the other half of which dated from 1980 sessions with the late Chuck Wagon replacing Kaballero on drums and Sindon on second guitar.

A lengthy hiatus from recording ensued, as Phillips and Lee struggled to keep a steady lineup together just for touring purposes. A new group featuring second guitarist Glen Laughlin, drummer Nickey Beat, and founding bassist Billy Club was on the road by the end of 1983.

Beat was replaced by Rex Roberts in early 1984, and when Laughlin broke his hand in a car accident later that year, Steve Fryette signed on. Around the same time, Jerry Angel and Laurie Buhne returned as the rhythm section.

By 1985, Laughlin had recovered and returned as the bassist, teaming with new drummer Cliff Martinez. In 1986, ROIR issued the live compilation We Aren’t the World, which featured concert recordings from throughout the Dickies’ career, as well as their original demo tape. 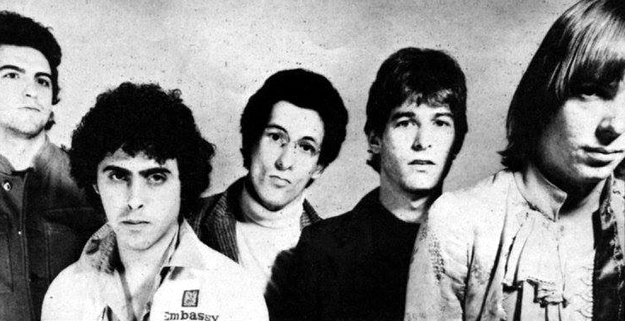 The band continued a non-stop touring schedule and in 1988 returned to the studio to produce the EP Killer Klowns From Outer Space, built around the title track from the film of the same name.

To commemorate the 10th anniversary of their first album, The Dickies released the Second Coming LP, a rousing collection containing the expected combination of smart-assed originals such as Cross-Eyed Tammy and Goin’ Homo, and off-the-wall covers like Hair and Town Without Pity. A&M saw fit to celebrate by issuing Great Dictations, a best-of collection of the band’s early days.

The band crashed into the 90s by hitting the road again – a 1990 European vacation was documented on the live collection Locked and Loaded, and treks across the US continued.

Following a 1993 West Coast tour the band headlined the Mid-West alterna-fest Milwaukee Megajam over such groups as Green Day and Agent Orange.

Renewed interest in the band led to a new album, Idjit Savant, in 1995 featuring contributions from the previous Dickies lineup, as well as Glen Laughlin, bassist Charlie Alexander, and Smashing Pumpkins cohort Jonathan Melvoin on drums.

Always known for their tongue-in-cheek covers, the band put together its first all-covers album, Dogs from the Hare That Bit Us, in 1998. The full-length All This and Puppet Stew followed in 2001.

Punk Singles Collection appeared in June 2002 on the UK-based Spectrum label, while Live in London showed up three months later.