ELO may be fixed in the public mind as the multi-headed beast commanded by Jeff Lynne, probably performing Mr Blue Sky under a fake UFO, but their first career chapter was a more pared down affair.

Electric Light Orchestra formed in 1971 from the ashes of one of Britain’s great eccentric rock bands, The Move.

They drew heavily from the ornately lumbering I Am The Walrus period Beatles, which is shown to extreme effect on their oddly engaging debut album. Of particular note is the track, 10538 Overture (later purloined by Paul Weller for The Changing Man). 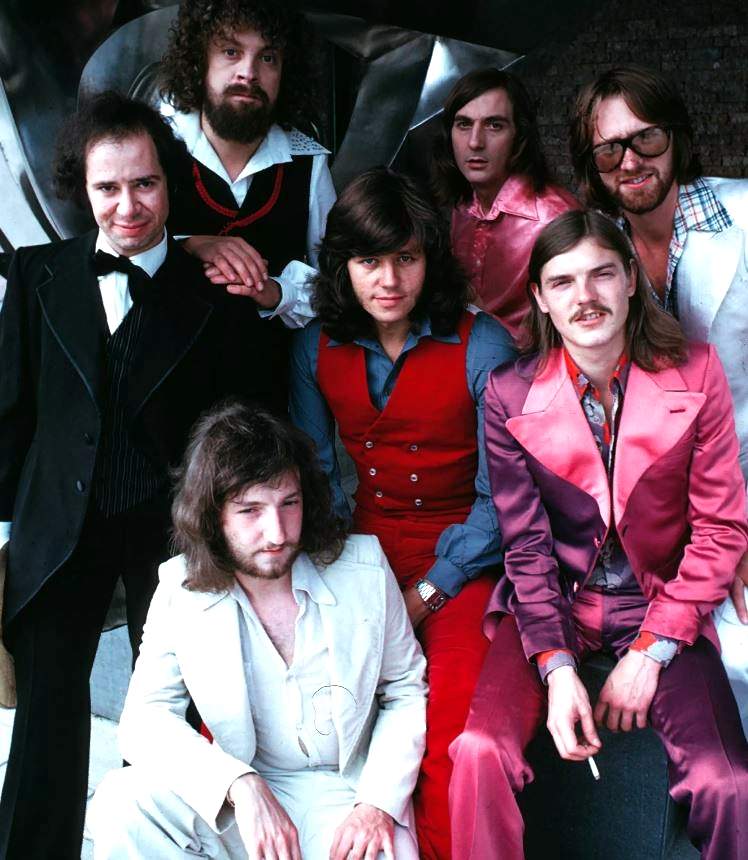 The debut album was called Electric Light Orchestra in the UK but in America was issued under a new title – No Answer.

It turns out that the US record company had telephoned their UK counterpart to find out the album title and a secretary had rung Roy Wood to ask him. Wood wasn’t in when the secretary called, so she told the US office . . . “No answer”.

Multi-instrumentalist Wood quite ELO after No Answer to form the 50’s pop-influenced Wizzard and ride the Glam Rock wave.

Meanwhile, the band’s sophomore release, ELO II, retained some of the off-key crunch of the debut but is clearly a transition to what became a very slick, highly-orchestrated pop hit factory. There are only five songs on the LP but each one is constructed like a classical piece, with themes that keep recurring and variations that build into stunning climaxes. The single

The single Roll Over Beethoven reached #6 in the UK charts and gained ELO a substantial FM radio following in the US.

1979’s Discovery provided ELO’s first British #1 album but suffered from following the sublime Out Of The Blue. 1981’s Time allegedly concerned time travel, while 1983’s Secret Messages felt like the ELO obituary it actually was.

Disputes over royalties led bassist/vocalist Kelly Groucutt to leave the group in 1983. He eventually received an out-of-court settlement of £300,000. Groucutt died of a heart attack on 19 February 2009, aged 63.

The 2001 release Zoom found Lynne as the sole remaining ELO member exhuming his sub-Beatles formula which had served the band so well in the 70’s and 80’s.

This time around he even had some real Beatles onboard in the shape of Ringo Starr and George Harrison. But, while there were moments of hummable peakiness and Lynne’s lyrics were often fabulously crazed (“The gold verandah in the dark has gone down to the metal man”), there was little on the album to compare with Don’t Bring Me Down or Turn To Stone.

Cellist Mike Edwards was killed in a freak accident when a giant 700lb hay bale rolled out of a field and landed on his van in September 2010.