Home Artists - A to K Artists - E Electric Prunes, The 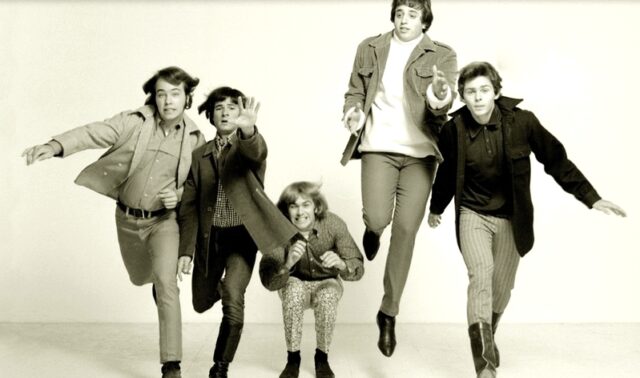 The story of The Electric Prunes is the classic tale of a group plucked from obscurity.

A group of friends from Taft High School in Los Angeles were practising in a garage one day when a passing real estate agent heard them and was inspired to introduce the group to her friend, RCA studio engineer Dave Hassinger.

Hassinger believed the group had talent, but lacked songwriting ability and so brought in professional songwriters Annette Tucker and Nancie Mantz.

This pair had originally penned I Had Too Much To Dream (Last Night) as a slow piano ballad, but the group’s interpretation, inspired by the hippie scene of the day, was a fuzz and reverb-soaked trip into the fantastical.

Double-tracked vocals and echoes added to its soaring sound and led to the track’s release as a single and it reached #11 on the US charts. This swiftly led to the recording of an album – mostly of Mantz/Tucker material – with the Reprise label.

Their follow-up single, Get Me To The World On Time, was a similarly lush psychedelic affair, but failed to recreate the commercial success of their debut.

The album – also called I Had Too Much To Dream (Last Night) – did well on both sides of the Atlantic, certainly equalling sales of contemporaries such as Jefferson Airplane and so – at least at the beginning – the Prunes were viewed as the frontrunners of the burgeoning West Coast psychedelic scene.

The group started taking themselves very seriously and recorded their album Mass in F Minor sung in Latin in what were supposed to be Gregorian chants. Despite their pious intentions, it was an unholy noise!

Years later, the large number of copies of their debut album that became cheaply available in second-hand markets and the like led to them becoming a huge influence on garage punk bands in the 1970s, such as The MC5 and The Stooges.

Drummer Preston Ritter died on 30 March 2015 after suffering kidney problems. He was 64.

Born in Saginaw, Michigan on 13 May 1950, Stevie Wonder (born Steveland Judkins) was not born blind. The blindness happened shortly afterwards as a result...

From their obscure acid punk beginnings in Oklahoma City in 1983, through to critical acclaim in the 90s and mainstream success in the new...

Forever the bridesmaid of the London punk scene, by the end of the 70's Akron, Ohio-born ex-NME scribe Chrissie Hynde felt as if rock & roll had...