The Happy Hate Me Nots were an Australian band that formed in Sydney in 1983.

Mark Nicholson replaced Neil Toddie on drums in 1984 but left again in 1986, along with Peter Lennon. They were replaced by Mick Searson (drums) and Christian Houllemare (bass).

Their first recordings (When The Chips Are Down and The Build Up) appeared on an Aberrant records compilation, Not So Humdrum, in 1984. 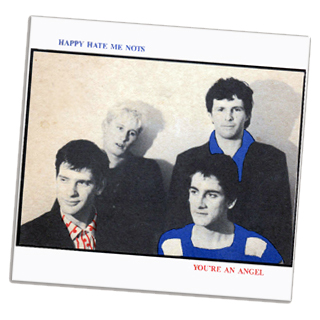 Two excellent singles were also released in 1985 on the Waterfront label – Won’t Do Any Good and You’re An Angel.

Angel was a sublime single that summed the band up perfectly: jangling guitars at a breathtaking pace coupled with memorable melodies and occasionally convoluted arrangements.

The band’s only full-length album, Out, was released in August 1988 and the Hate Me Nots found their first (and only) American release via influential independent label Rough Trade around the same time. 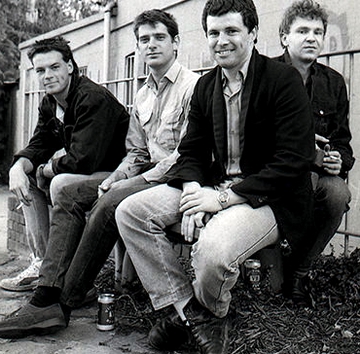 A restructure within that label at their San Francisco base, however, reduced the likelihood of a planned US tour, which unfortunately slowed the band’s momentum.

A final single I Could See It Coming and then mini-album A Place to Live would follow in 1991, before what can only be called a premature retirement took place.

Chris Houllemare passed away in June 2014.

Prince Buster (real name Cecil Bustamente Campbell) was drawn into the Jamaican music business as a teenager in the 1950s, when he intervened in...

A bunch of complete punk loonies from Bristol who started out as Vice Squad's road crew plus some mates. The line-up eventually settled down as Ampex,...

James Anthony Bernard Little was born on 15 December 1939, in Carshalton, Surrey. Under the name Jimmy Justice, he scored three Top 40 hits in the...

As the most popular teen pop sensation in Britain since the 1960s, Take That ruled the UK charts during the first half of the...