A small island separated from the UK mainland by the waters of the Solent, the Isle of Wight at the end of the 1960s was a steadfastly uncontroversial place. The island’s population welcomed tourists and other “outsiders”.

In 1968, the island needed an indoor swimming pool and, to help finance it, a festival was mounted in a field, headlined by Jefferson Airplane playing on the flatbed of a lorry. The event was a modest success, but the company that promoted it had ambitions for a show on a rather larger scale.

Isle of Wight locals were unimpressed, and when Fiery Creations went looking for a site for their planned 1970 event they found themselves facing down hostile regional meetings officiated by wily and high-ranking former military personnel.

Eventually, a site was found on the rural west side of the island.

The promoters sold tickets in advance, but they underestimated the number of people who showed up without tickets. Those fans tore down the fences, forcing it to become a free festival at that point.

Some people remember the bands. Some remember the bad vibes – a fence being torn down and the security men with dogs. But whatever else they remember about that August Bank Holiday weekend at East Afton Farm in 1970, everyone remembers Rikki Farr . . .

The show producer and MC of the festival (and son of the boxer Tommy Farr) Rikki was a music business professional who went on to a successful career in sound equipment. A career only curtailed by his 2008 conviction for tax evasion.

In 1970 though, after a weekend punctuated by money worries, lapsed security, and obscene daubings on the festival’s perimeter fence, he lost it big style and took on the entire counterculture single-handed.

“We put this festival on, you bastards, with a lot of love,” he said addressing the crowd with a menace that was somehow slightly tearful. “We worked for one year for you pigs! And you wanna tear down our walls and you wanna destroy it? Well, you go to hell!”

That set the stage for a few confrontations between the audience and musicians. Joni Mitchell had her set interrupted by someone named Yogi Joe, who began to speak about the fans watching from high up on a hill called Desolation Row before being dragged off the stage.

The crowd took Yogi Joe’s side, especially after Mitchell commented, “I think that you’re acting like tourists, man.”

Freddie Stone of Sly and the Family Stone was hit by a beer can, and Kris Kristofferson was booed offstage.

Still, the biggest names performed sets that earned their reputation, with The Who‘s considered to be one of their best ever. Jimi Hendrix‘s would be bittersweet: His set on the last night turned out to be his final UK concert before his death three weeks later.

The festival was filmed by director Murray Lerner, with highlights released in 1996 as the movie Message to Love. Over the years, Hendrix, The Who, Jethro Tull, Miles Davis, Leonard Cohen, ELP, The Moody Blues and Free released CDs and videos of their performances.

But the difficulties with logistics in accommodating so many people in such a small place caused Parliament to pass a law prohibiting gatherings of more than 5,000 people on the island without a special license.

The festival was eventually revived in 2002 – with Robert Plant as the headliner – and has been held every year since then. 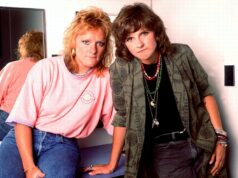 1 December 1997 saw the release of Angels, a new single by Robbie Williams. Few cared. Williams (born in 1974) was viewed as a self-regarding...

Husband and wife duo Cathryn Antoinette ("Toni") Tennille and Daryl Dragon had both worked as session artists before forming a musical partnership, and marrying...

Cold Chisel came to Australia's attention with a bang in April 1978 with the release of the Khe Sanh single, which was instantly banned. Censors took...