Johnny Chester and the Chessmen

The Chessmen were one of the most proficient rock ‘n’ roll bands on the early 1960s Melbourne scene. In 1960, the band booked a suburban town hall on a weekly basis and held a dance every Saturday night. Within six months it developed into one of Melbourne’s biggest dance venues. 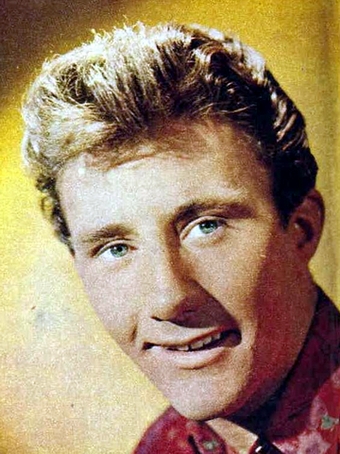 There were regular lineup changes throughout 1960 and 1961: Barry Windley replaced Len Woodhouse on drums, Ken Branchflower replaced Cason on bass and Frank McMahon then replaced Branchflower.

Johnny released his first single, Hokey Pokey, in 1961, and its success established him as a national pop identity.

For the next three years, Johnny Chester and The Chessmen remained one of Melbourne’s leading bands and in 1964 were given the prestige job of support band on the Australian concert tour of The Beatles.

For 12 months after the tour, Johnny worked the pop scene throughout Australia then starred as the host of Teen Scene – an ABC television series – for six months.

In late 1965 he accepted the position as associate producer of a new Melbourne pop television show, Kommotion, remaining with the program until September 1966 when he joined Melbourne radio 3UZ as a midnight-to-dawn announcer.

Chester retired from his on-air DJ gig in 1969 and moved into the program department of the station.

Johnny returned to the Australian charts in 1971 with the single Gwen (Congratulations). He continued recording through the 70s and 80s, moving into the country music scene.