John Peter Farnham was born in London on 1 July 1949, moving to Melbourne with his family in 1959.

At the age of 16, he joined a band called Strings Unlimited who played at metropolitan and country dances. 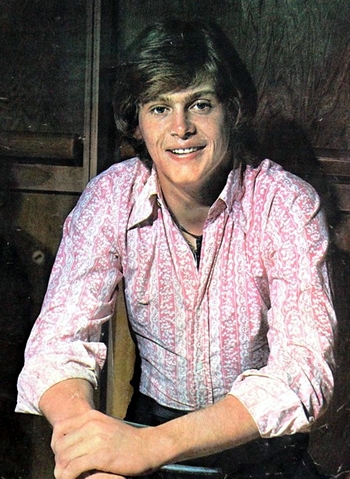 It was while singing with this group at a dance in Cohuna – a country town in the far north-west of Victoria – that John was spotted by a Melbourne accountant called Darryl Sambell who, after discussing a solo singing career with Johnny, became his manager.

In October 1967, he reluctantly recorded a bouncy little number that, within three months, was to establish Johnny Farnham as a household name throughout Australia.

The song, Sadie The Cleaning Lady, topped the Australian charts and gave Farnham his first gold record. A string of further hits followed and Farnham was voted TV Week  ‘King Of Pop’ five years in succession between 1969 and 1973.

In February 1982 John took over from Glenn Shorrock as lead vocalist in Little River Band and by 1986 he had attained pure star status as a solo artist, clocking up awards and sales of more than 1.7 million worldwide for his Whispering Jack album.

John received the Australian Of The Year award in 1988 from then Prime Minister, Bob Hawke.