A film star at the age of 12, a pop star a year later, über-Californian Leif Garrett burned briefly but brightly during the 70s, his biggest hit being 1979’s I Was Made For Dancin’, which topped the charts around the world.

Then, three days before his 18th birthday, he drove his Porsche off the highway while on his way to meet his Colombian coke dealer, Carlos. Garrett survived, but his passenger and friend Roland Winkler was crippled for life. 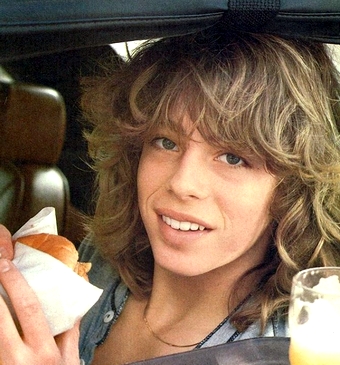 Throughout the 80s and 90s, Garrett returned to acting and fought an ongoing battle to get off the drugs.

By 1998, he was pretty much clean when his girlfriend died. She had a hole in her heart and contracted a blood virus which killed her.

Garrett turned to heroin, got busted, and underwent the Waismann rapid detox program. In 1999, he formed a band called Godspeed who achieved little and was last seen playing with an LA outfit called F8.

Southern country rock guitar band The Outlaws hailed from Tampa, Florida and were born in seedy bars where the patrons cared more about the beer...

Duane was born in Corning in far upstate New York, 150 miles from the Canadian border. He grew up there and in other small...

UK-based folk rockers Eclection actually only had one British musician in their original line-up (drummer Gerry Conway) - the rest of the band came...

Although their first gig - at The 100 Club's 'Punk Fest' in September 1976 - was with The Sex Pistols, The Clash and Siouxsie and The Banshees, Subway...