Manfred Mann (born Manfred Lubowitz in South Africa in 1940) formed a group in Britain in 1963 called The Manne-Hugg Blues Brothers.

Shortening their name to simply ‘Manfred Mann’ they made the charts early in 1964 with their third single 5-4-3-2-1, which was adopted as the theme tune to the TV music programme Ready, Steady, Go!.

The group became one of the top British groups in the early 60s R&B boom with several significant hits, including Do Wah Diddy Diddy (July 1964), If You Gotta Go, Go Now (October 1965) and Pretty Flamingo (May 1966).

After Mike Vickers and Paul Jones left in 1966, singer Mike d’Abo joined (although Rod Stewart and Long John Baldry were both considered) and the band continued to turn out hit after hit, including Just Like A Woman, Semi-Detached Suburban Mr James, Mighty Quinn and My Name Is Jack.

Mann wanted more than being part of a hit-making machine and he and Mike Hugg formed a new band in 1969 – Manfred Mann Chapter Three –  with Australian drummer Craig Collinge, horn player Bernard Leving and bassist Steve York. They cut a self-titled LP and supplemented their live line-up with two tenor saxes, baritone sax, trumpet, and trombone.

Hugg left to pursue solo commitments in 1972 and Mann formed his Earth Band. 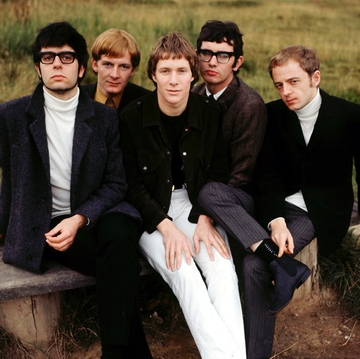