The Marmalade began as Dean Ford and the Gaylords, who were very popular on the Scottish club circuit between 1961 and 1966.

Junior Campbell and Patrick Fairley formed the nucleus of the group during 1961 and recruited Dean Ford (born Thomas McAleese) who they had seen perform in The Monarchs – and who was a Ford Motors apprentice plater by trade.

A short time afterwards, Raymond Duffy joined as drummer (while training as a chef during the day), and finally, Graham Knight answered an advertisement for a bass guitarist in a local newspaper to complete the line-up.

The Gaylords swiped material from Cliff Richard and The Shadows for the basis of their stage act. By 1964 they were voted Scotland’s top act.

As their popularity grew their repertoire expanded to incorporate American R&B, which also moved the band into the US Air Force bases in Britain. Their reputation eventually attracted EMI Records’ Norrie Paramor, who headed their subsidiary label, Columbia. 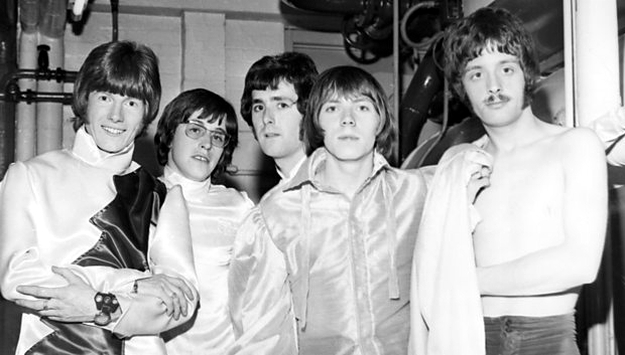 Paramor signed the group, who released Twenty Miles as their first single. It was not successful outside Scotland. A second single, Mr Heartbreak’s Here Instead, also died. During 1966, He’s A Good Face But He’s Down And Out became their next flop, at which point they were dropped by Columbia.

Determined to press on, The Gaylords made the move to London in a quest for wider recognition, changing their name at the same time – also changing drummers as Duffy remained in Scotland and Alan Whitehead joined the band.

By 1967 The Marmalade were still without a recording deal but had made their name through a residency at the Marquee Club.

CBS signed them and released It’s All Leading Up To A Saturday Night.

Before the end of 1967, they issued I See The Rain and then Lovin’ Things – which became their first British hit. Wait For Me Marianne followed, taking Marmalade (they eventually dropped the “The” from their name) into the Top 30. 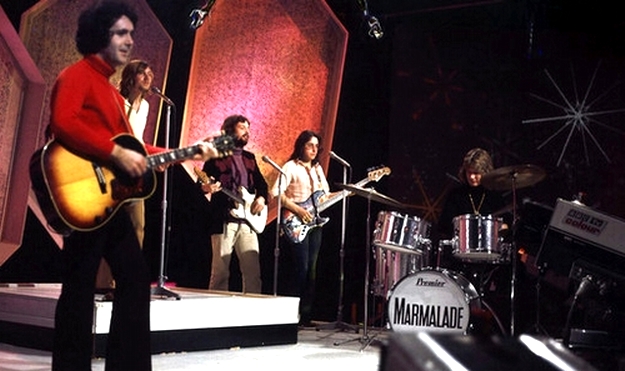 A cover version of The Beatles‘ song Ob-la-di Ob-la-da gave the group their first (and only) British #1 in January 1969, dominating the chart for three weeks.

Baby Make It Soon was released midway through 1969. It reached #9 and marked their last single for CBS (competitor Decca had lured them away with the promise of ‘creative control’ for the band).

The group’s debut Decca single was their own composition, Reflections Of My Life which sold over two million copies, peaking at #3 in the UK and reaching the US Top Ten. Their second Decca single, Rainbow, also became a Top Three hit in Britain but stalled in the US Top 60.

Line-up changes began to take their toll but the group managed further UK chart entries with a top twenty hit (My Little One), a top ten hit (Cousin Norman), a minor hit (Back On The Road) and another top ten hit (Raindancer), which appeared to complete their chart run in 1972.

With further line-up changes, a re-formed Marmalade had one more hit (the aptly named Falling Apart At The Seams), which made the UK top ten in 1976.

During the eighties, Marmalade (with further line-up changes) concentrated on the cabaret circuit and performing as part of nostalgia concert tours.