Utilising elements of rockabilly, rock and R&B combined with an energetic live act, Australian band Mental As Anything proved a lasting, popular live and recording outfit.

In 18 months the band went from playing on top of a pool table in a small Sydney pub to securing an international record deal and having their debut LP released in Britain.

The band formed at East Sydney Tech in June 1976 (where the band members were all art students) and by April 1977 they had taken a Monday night residency at the Unicorn Hotel in inner-city Darlinghurst in Sydney (location of the aforementioned pool table).

In 1978 they cajoled the owner of Sydney’s famed Civic Hotel into an 18-month residency on Thursday nights. 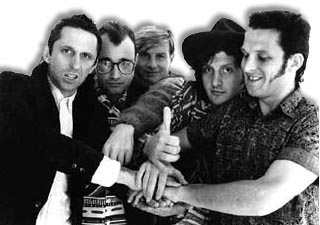 When their debut EP, Mental As Anything Play At Your Party, proved successful the band had to record their debut album, Get Wet (1979). The album achieved success, particularly with the enigmatically titled single The Nips Are Getting Bigger, which had originally appeared on their debut EP.

Not the typical Aussie pub rockers, it was their incredibly catchy, quirky pop and good-humoured self-deprecating lyrics that struck an instant chord.

Their second album, Espresso Bongo (1980), went gold, with the lead single (Come Around) earning them their second Top 20 hit (after Nips). 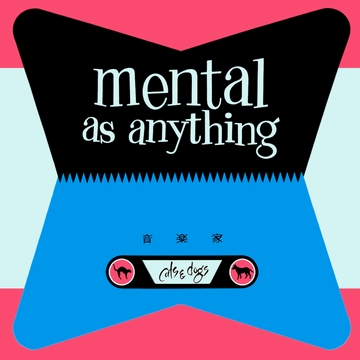 Cats And Dogs (1981), saw the production smooth out the rough edges, and subsequent albums always maintained a high standard, with single releases constantly charting in Australia (two dozen to the end of 1990).

When Elvis Costello toured Australia in 1982, the band persuaded him to produce their single I Didn’t Mean To Be Mean (September 1982).

The band’s fourth album, Creatures Of Leisure (April 1983), was another Top Ten success, and their next, Fundamental (September 1985), hit #3. 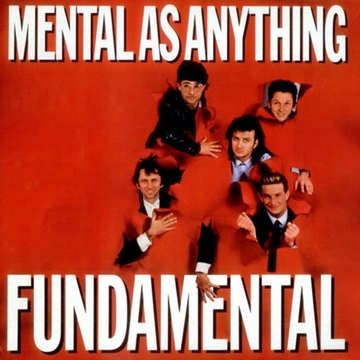 Overseas, their single Live It Up gained considerable chart success in the UK in 1987, when it spent 13 weeks at #3. The song was also included in the soundtrack of the movie Crocodile Dundee (1986) at the request of its star, Paul Hogan.

Mental As Anything never broke overseas in the way that their contemporaries INXS or Men At Work did, primarily due to their unwillingness to relocate from Australia (as most of the band had young families).

Mental As Anything had a break of six years between their 1989 album, Cyclone Raymond, and the next, Liar Liar Pants On Fire, during which time various members dabbled in side projects. 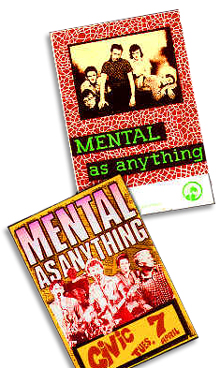 The O’Doherty brothers released the first of their Dog Trumpet albums – a side project that became full-time when they opted to leave the Mentals in 2000.

The Mentals celebrated their 21st anniversary in 1998 with the Garage album. It was the last album featuring the original line-up.

The O’Doherty’s were replaced by bass player Dave Barraclough and guitarist Murray Cook, the latter leaving after the band released the Beetroot Stains set in 2000 – then replaced by Mike Caen.

Drummer Twohill departed under less than happy circumstances in 2004 and was replaced by Robbie Souter (ex-Dynamic Hepnotics).