Unbeknown to Merv, his friend Graeme Howie entered him in a talent contest at the local ballroom in October 1960. Merv came first, singing Don’t Leave Me This Way and was approached by Brian de Courcy who asked to be his manager. This lead to Merv becoming the vocalist with a local group, The Ramrods. 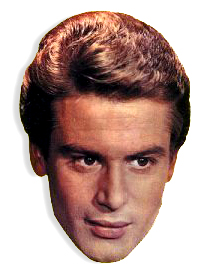 Shortly thereafter, he was given the opportunity to record some songs – Baby Let’s Play House and Endless Sleep – backed in the studio by The Chessmen.

The single was released in March 1964 and reached #17 on the Melbourne charts. It also secured him some television appearances on Graham Kennedy’s In Melbourne Tonight, the top local TV variety show at the time.

His next single, a version of Eddie Cochran‘s Nervous Breakdown only made it to #40 on the Melbourne charts. His third release, Be Sweet (1964), reached #22.

Benton’s profile was boosted by appearances on national television shows Bandstand and Sing Sing Sing, and in May 1965 he finally broke on a national level with the single I Got Burned b/w Cincinnati Fireball. The A side charted in Melbourne, but the B side was the hit in the rest of Australia.

Merv moved to the USA in 1991 and became a consultant and manager for the American Child Care Centres chain.