The group opened for UFO on one of their early German tours and UFO were impressed enough that they asked Schenker to join them.

From 1974 to 1979 he helped develop UFO into an excellent hard rock band, culminating in a brilliant live LP, Stranger In The Night (1979). By the time the album was released, Schenker had left the group.

Briefly touring with Scorpions again (and playing on their Long Drive LP), he finally struck out as a solo act.

Following jam sessions with Aerosmith in September 1979, Schenker began rehearsing his debut solo LP with Gary Barden on vocals and Denny Carmassi on drums as well as Billy Sheehan on bass.

Schenker then went into hospital because of personal problems and the project fell apart.

Within a year, though, he had formed the Michael Schenker Group, hired Roger Glover as producer, and released his first solo album.

He changed the line-up for his touring band, bringing in Chris Glen on bass and famous session drummer Cozy Powell, along with guitarist Paul Raymond – who had been his own replacement in UFO.

This line-up struggled to produce a second studio LP, MSG (1981), which was regarded as an expensive flop. The line-up changed again shortly thereafter.

Raymond returned to UFO and Graham Bonnet stepped in as vocalist to perform at the Reading festival and on their Assault Attack album. Barden then returned on vocals, while Ted McKenna replaced Cozy Powell.

There were multiple further personnel changes and MSG finally broke up in 1984.

Schenker formed a working relationship with Irish singer/songwriter Robin McAuley, releasing some records and touring the US (as support to Rush) and the UK (with Whitesnake). 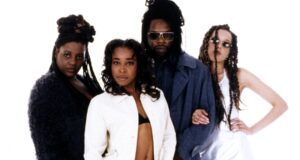 This heavy rock band formed in 1987 in Newcastle-upon-Tyne and were known as The Queerboys for their first year, until the negative effect of...

Every Mothers' Son - best known for their Summer of Love Top 10 hit Come On Down To My Boat - formed in New York City...

Lancashire drummer Keef Hartley, well known for his flamboyant dress-sense (he often dressed as an American Indian - sometimes in full headdress and war...