Aussie band The Mixtures formed as a trio of Terry Dean, Rod De Clerk and Laurie Arthur in 1965.

Their first single Koko Je came about by accident as the group was providing some backing tracks in the studio and, finding themselves with some spare time, decided to record a couple of songs themselves. Executives at EMI were so impressed that they decided to release them as a single on the HMV label.

The group went through several line-up changes over the ensuing years and in mid-1970, recorded a cover version of Mungo Jerry‘s In The Summertime on the Fable label.

The single was released during a period when Australian radio stations were in dispute with certain record companies and had placed a ban on playing their music so the Mixtures’ version went to #1 in Australia for six weeks, unchallenged by the original.

Their second big hit, the Mungo Jerry-styled The Pushbike Song (written by then-lead singer Idris Jones and his brother Evan) made it to #1 in Australia, #2 in the UK and #44 in the USA. It was the first international hit song by an Aussie artist that was entirely written, recorded and produced in Australia. 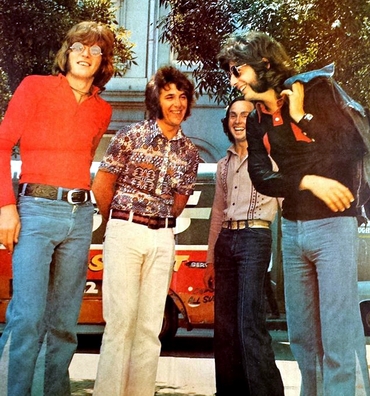