Brothers Gary and Donald Hosie had been the prime movers of the Sydney (Australia) mod revival scene of the early 1980s with their band The Sets.

“The Sets were not 60s revivalists,” explained Gary. “We simply took the fashion and music of the mod era as a starting point; we weren’t trying to recreate anything”.

“I thought the clothes were great because you could wear them to a gig and then go and have a drink at the Hilton – you looked sharp enough to go anywhere”.

In The Mustard Club, the Hosie style matured into double-breasted suits coupled with a powerful brand of R&B party music. But accusations of revivalism frustrated Hosie.

Their second single, The Rest Of My Life Begins Today was described by one reviewer as “the best song Paul Weller never wrote”.

The fourth single, Steeltown Man was a tribute to Mr Hosie Senior (“He’s a real doer, and not only do I like him a lot, but I admire him as well;” said Gary of his father at the time).

The song was a slice of gutsy, good-time, modern R&B that trod similar territory to The Rest Of My Life. It certainly recaptured some of the spark that was missing in the third single, Leave Before She Wakes.

Donald Hosie (ex-The Sets and Stupidity) eventually joined his brother in the line-up and Mustard Club became a heavy version of The Sets.

Sheffield's Comsat Angels were defined by the same mix of high-tensile guitar, militaristic beats, moody keyboards and strained vocals as bands like Joy Division, PiL, Wire and Gang Of Four. But sadly the Angels were always overlooked. Starting out as...

This four-piece outfit from Chicago enjoyed a number of hits in the late 60s, including Bend Me, Shape Me, Green Light, Step, Step Out Of Your Mind and Ready, Willing and Able. Their sound was sophisticated rock with an emphasis on harmonies...

Formed in Le Havre in 1974, France's Little Bob Story played a spectacular blend of pub rock, R&B, rock'n'roll and blues, mixing up well-chosen classics and credible originals (all in English) for a hot 'n'...

Nicolas David Kershaw was born in Bristol, England, in 1958. Son of a flautist father and opera singing mother, Kershaw's first foray into the arts was as a 13-year-old student actor planning to go into... 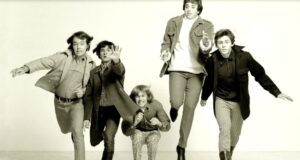 The story of The Electric Prunes is the classic tale of a group plucked from obscurity. A group of friends from Taft High School in Los Angeles were practising in a garage one day when a...

The Fleshtones formed in 1975 when Jan Marek Pakulski, fresh from a job on a Maine chicken farm, moved in with his friend Keith Streng, who was living in Queens, New York. Pakulski discovered a cheap...