Pearl Gates was born in 1958 of a Filipino mother and American father and grew up in Germany, where her father was stationed by the Army.

She dropped out of high school, migrated to San Francisco in 1973 and ended up as a dancer in The Tubes‘ live show and spent two years singing with Leila and the Snakes, a Tubes spinoff specialising in musical comedy.

In 1979, she and the band’s rhythm section of Hilary and John Hanes (nicknamed the Stench Brothers) split off and enlisted guitarist Peter Bilt (real name Peter Dunn). Pearl Gates added a middle initial “E” and the band became Pearl Harbour and the Explosions.

They specialised in old-fashioned rock ‘n’ roll/rockabilly spiced up with new wave energy.

Their debut single Drivin’ (which was later covered by Jane Aire & The Belvederes) came out on the independent 415 Records label and became a cult hit. Its success encouraged Warner Brothers to sign the band.

Their self-titled debut LP was a strong, promising work, but the group failed to complete a follow-up.

They split in June 1980 at the end of a nine-week American tour leaving Pearl to relocate to England with then-boyfriend Kosmo Vinyl (publicist for The Clash) and continue with a solo album, Don’t Follow Me I’m Lost Too, which masterfully recaptured the footloose spirit of rockabilly.

Pearl was married to Clash bassist Paul Simonon in the 1980s.

William 'Smokey' Robinson was born on 19 February 1940, the son of a municipal truck driver from what he called "the suave part of...

Dave Sterry and Richard Zatorski had been members of the final line-up of 70's Australian band Kush. Real Life's debut single, Send Me An Angel (June 1983),...

Felt leader Lawrence (no surname was ever listed in press releases, interviews or on their album covers) was once described by fellow eccentric Momus... 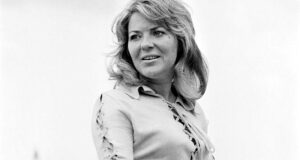