Craig and Charlie Reid were born in 1962 in Leith, a dockland suburb of Edinburgh, with Craig arriving 30 minutes after his twin brother Charlie.

They had an itinerant childhood, leaving Leith to live in Cornwall for two years before a homesick Reid family relocated to Auchtermuchty, Fife, in 1972.

Their socialist father, Ian, a joiner, always challenged the boys to question things and encouraged them when they started playing music together aged 14.

Operating by 1978 as The Hippy Hasslers, they sampled Fife’s testing pub rock circuit, enduring jibes such as “Do you speccy cunts not know any Status Quo?”.

The twins less-than-rock-star looks were often mocked, but they usually won grudging applause by the end of their set.

Naturally, in this context, the raw immediacy of Punk appealed immediately to the twins.

They played in a punk band called Blak Flag (sic) for a while, before becoming a duo again in 1983 and settling on the name The Proclaimers.

As The Proclaimers, Craig and Charlie made their TV debut on Channel 4’s The Tube on Friday 30 January 1987. With co-presenter Jools Holland suspended over his use of the f-word on air, the boys were introduced by Paula Yates, who announced them as “ginger Scottish twins in specs” and called them “weird”.

The viewers’ reaction to The Proclaimers was instantaneous and the Channel 4 switchboard was jammed with inquisitive callers. Who were these Stentorian-voiced geeks in NHS specs and jumpers with perfect harmonies – and from which planet did they hail?

On 5 March 1987 (coincidentally the twins’ 25th birthday) they began recording their debut album, This Is The Story, nailing it in nine days. The single Letter From America reached #3 in the UK singles chart that November and the album went gold.

Released in August 1988, their second album, Sunshine On Leith, saw them exceed the success of their debut.

Platinum in the UK, Canada and New Zealand, and triple platinum in Australia, it also introduced the duo in the US where they had begun touring.

When propulsive single I’m Gonna Be (500 Miles) held the UK #1 slot for six weeks, the twins were mimicked by every would-be Rory Bremner who could locate a ‘Jimmy’ wig and a pair of specs. 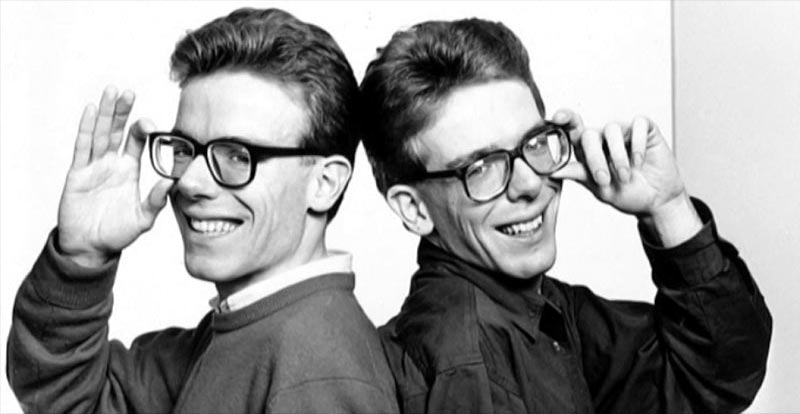 The ‘Sunshine On Leith’ tour saw The Proclaimers play 145 shows in 18 countries over 10 months. Charlie cracked first. The demands of their tour had undoubtedly contributed to the break-up of his first marriage, and he became depressed and uncharacteristically despondent.

After a year off, the lads returned in 1990 with their own take on Roger Miller’s swinging country gem King Of The Road. In the US, I’m Gonna Be (500 Miles) found its way onto the soundtrack of the Johnny Depp movie Benny & Joon (1993) and the song was re-released as a single Stateside to great success (delaying the twins’ third album – Hit The Highway – by a year).

Ironically, this moment of triumph also marked their descent into complacency. Charlie had remarried in 1993, and as the twins concentrated on family life they also found their back catalogue reaping substantial rewards, spurred on by film and advertising usage.

With no real pressure to write, the pair appeared to lose the knack. It took a huge blow to jolt them out of their torpor. When their father passed away from cancer in August 1997, Craig and Charlie felt the need to address their loss and did so with Act Of Remembrance, Charlie’s touching valedictory to his father.