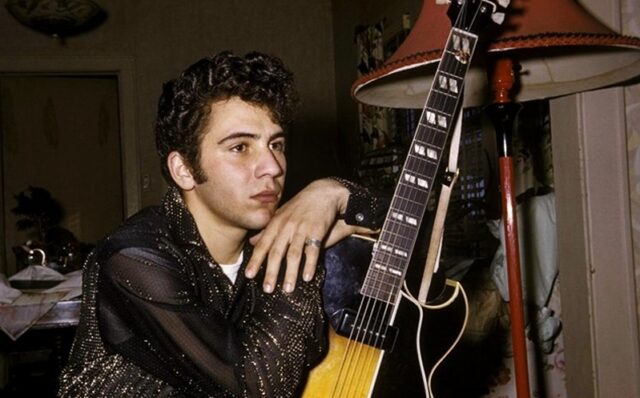 Ralph Stuart Emanuel Donner was born in Norwood Park, Chicago and sang in church as a child. He sang in local talent shows as a teen, and formed two of his own bands, The Rockin’ Five and The Gents, in high school.

The Rockin’ Five played with Sammy Davis Jr on Chicago television at one point in the late 1950s, and in 1959, Donner appeared on Alan Freed‘s Big Beat show and released a single with The Gents.

In 1961, he achieved his only UK hit and an American #4 with his million-selling, You Don’t Know What You’ve Got (Until You Lose It) that was the follow up to another American top twenty hit, his cover of Elvis Presley‘s Girl Of My Best Friend.

Donner was also the narrator (providing the voice of Elvis) in the 1981 documentary movie, This Is Elvis.

Midlander Kenneth Spiers, aka Spizz, is to many people largely identified by the one song, Where's Captain Kirk? (1980). But few artists can have gone to as...

The "5" Royales began life in the 1940s as a gospel group called The Royal Sons Quintet but rechristened themselves The Royals after going...

Janis Joplin - 'Pearl' to her friends - sang the blues like no other white woman before or since. Born on 19 January 1943, Janis...