Australian band Scandal formed in Adelaide in February 1976 and by the end of the year had signed a deal with the Mushroom label. 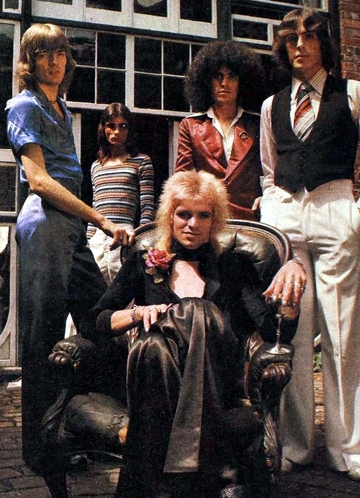 The band enjoyed its only national chart success with a cover of the smooth soul/pop track How Long (originally by British band Ace). Scandal’s version reached #23 in Australia in May 1978.

Their self-titled debut album was also released in May and produced the band’s fourth single She’s a Lady. It was to be the band’s final release and they broke up in December.

Kerrison, Harriot and Watson formed a group called The Extractors but by August 1979 had revived the Scandal name for a new band with Adrian Dessent on guitar, Greg Trennery on bass and Nat de Palma on drums.

The new line-up was not successful and Kerrison left the music industry while Dessent went on to work with Wendy and the Rocketts. By 1983, Watson had joined Sydney band, The Venetians.

Procol Harum started off as a session group to record the Gary Brooker (ex-The Paramounts) and Keith Reid (an ex-legal clerk) composed song A Whiter...

After graduating from the University of Kent with a degree in French, this performance poet (born John Baine on 21 October 1957) really was...