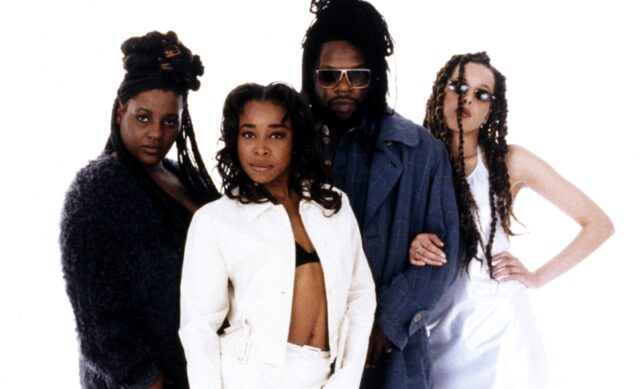 London-based Soul II Soul was one of the most innovative dance/R&B outfits of the late ’80s, creating a seductive, deep R&B that borrowed from Philly soul, disco, reggae and ’80s hip-hop.

The group had a residency at the Africa Centre in Covent Garden, which led to a record contract with 10, a subsidiary of Virgin.

Two singles, Fairplay and Feel Free, began to attract attention both in clubs and in the press.

Featuring the vocals of Caron Wheeler, Soul II Soul’s third single Keep On Movin’, reached the UK Top Five in March of 1989. Released in the summer of 1989, Back To Life also featured Wheeler and became another Top Ten hit.

Soul II Soul released their debut album, Club Classics Vol. One, shortly afterwards (the album was released in America under the title Keep on Movin’) and both Keep on Movin’ and Get a Life became substantial hits, propelling the album to double platinum status.

Wheeler left the group before the recording of the group’s second album, Vol. II: 1990 – A New Decade.

The album debuted at number one in the UK yet it caught the group in a holding pattern. Hooper soon left the collective, leaving Jazzie B. to soldier on alone.

Hooper went on to work with several of the most influential and popular acts of the early ’90s, including Massive Attack (Blue Lines), Bjork (Debut and Post), Madonna ( Bedtime Stories), and U2 (Hold Me, Thrill Me, Kiss Me, Kill Me). In 1992, Soul II Soul released Vol. 3: Just Right, to both lukewarm reviews and sales.

Their greatest hits compilation album, Volume IV: The Singles 88-93, was released in 1993 and peaked at number 10. Soul II Soul reached Volume V of their series of albums in 1995, which peaked at number 13. They then moved to Island Records and released two more albums in 1997, Volume VI – Time for Change and the remix album @REMIX.or.jp, but these failed to chart.

The group virtually disbanded for some years but reformed for various live dates in the 2000s.

Formed in Sydney (Australia) at the end of 1978, XL Capris soon acquired a healthy following on the punk/alternative circuit when they formed their own...