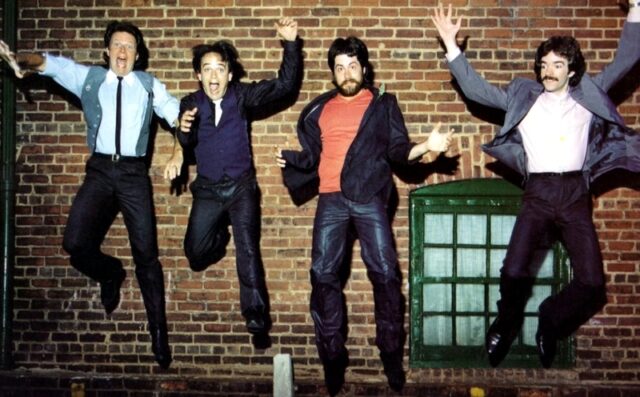 One of the most underrated power pop bands of the 1980s, The Spongetones – from Charlotte, North Carolina – released several albums of effortlessly melodic, catchy guitar pop that captured perfectly the feel of 60s British Invasion pop.

Their debut album, Beat Music (1982), contained some of their finest music, drawing heavily on The Hollies, Dave Clark Five and The Beatles without shame.

While the songs are certainly derivative, rarely was a nostalgia trip so well executed and so enjoyable to hear. Stand out tracks included Here I Go Again and You Better Take It Easy.

Steve Stoeckel left the band for a period during 1985/1986 during which time Greg James filled in on bass.

Stoeckel returned in 1987 but James has maintained a working relationship with the band thereafter, playing as a session musician on all their subsequent albums.

While they never received much critical or commercial attention, their music has aged much better than most power pop born of the 80s. The group continue to record and play today with the original line-up.

Brazilian thrash metal band formed in Sao Paolo in 1983 by teenage brothers Max and Igor Cavelera (on guitar and drums respectively) with guitarist...

No Nonsense began as a gang of mates hanging out together from Oak Park High School in Melbourne (Australia). At the time, Ska meant dancing and...