Formed in Dagenham, Essex, in 1959 by vocalist and Buddy Holly look-alike Brian Poole, The Tremeloes spent at least seven years as a backing band.

Initially, they slogged around local clubs before acquiring a manager in former Dublin greengrocer Peter Walsh, who took them beyond local hops to better-paid work in US air bases, holiday camps and southern county ballrooms,

At one Southend engagement, the BBC Radio’s Light Programme producer Jimmy Grant was impressed enough to offer them a regular spot on Saturday Club in 1961. Here they achieved some national recognition.

By the end of the year, they had auditioned for, and been signed by, Decca Records – in preference to The Beatles who auditioned on the same day.

After a slow start, Poole discarded his Buddy Holly glasses and, with a major marketing push from their label, the group raced into the British Top Five with their fifth single Twist and Shout in August 1963.

They topped the charts again in October with a version of The Contours‘ classic Do You Love Me?

The hits continued into the next year until I Want Candy (August 1965). In January 1966, Brian Poole and The Tremeloes parted company.

Few would have wagered that the backing group would outdo the lead singer. Remarkably, however, the re-launched Tremeloes went on to eclipse not only Poole but the original hit-making group.

At the time of their reconvening in 1966, the line-up comprised Rick West, Alan Blakley, Dave Munden and Alan Howard.

In May of 1966, Howard was replaced by Mike Clark, however, a mere three months later his spot was taken by ex-carpenter Len ‘Chip’ Hawkes whose lead vocals and boyish looks (and adequate bass playing) gave the group a stronger visual identity.

In order to keep up with the times, the group abandoned their stage suits in favour of Carnaby Street garb and fashionably longer hair. Their second-generation debut was a song called Blessed, which was not a hit.

Seeking more commercial material they next covered Good Day Sunshine from The Beatles. In spite of radio play it too failed to chart, but their third release, Here Comes My Baby (a Cat Stevens composition) smashed into the Top 10 on both sides of the Atlantic.

An astute follow-up with Silence Is Golden, previously the flip-side of The Four Seasons’ single Rag Doll, proved a perfect vehicle for The Tremeloes’ soft harmonic style and gave them their only Number One.

Having established themselves as a hit act, they notched up an impressive run of hits during the late 60s, including Even The Bad Times Are Good, Suddenly You Love Me, Helule Helule and My Little Lady.

At the end of the decade, the group seemed weary of their role in the pop world and broke away from their usual Tin Pan Alley songsmiths to write their own material. Their first attempt, (Call Me) Number One, was an impressive achievement, arguably superior to their recorded material since 1967.

When it reached #2 in the UK charts, the group convinced themselves that a more ambitious approach would bring even greater rewards.

Overreacting to their dream start as hit writers, they announced that they were ‘going heavy’ and in a suicidal move they alienated their pop audience by dismissing their earlier record-buying fans as ‘morons’.

Their brief progressive phase was encapsulated in the album Master, which won no new fans but provided a final Top 20 single, Me And My Life.

Thereafter, they turned increasingly to cabaret where their strong live performances were always well appreciated.

Brian Poole retired from the music business after an unsuccessful crack at a solo career and returned to his family’s butcher shop in Dagenham. 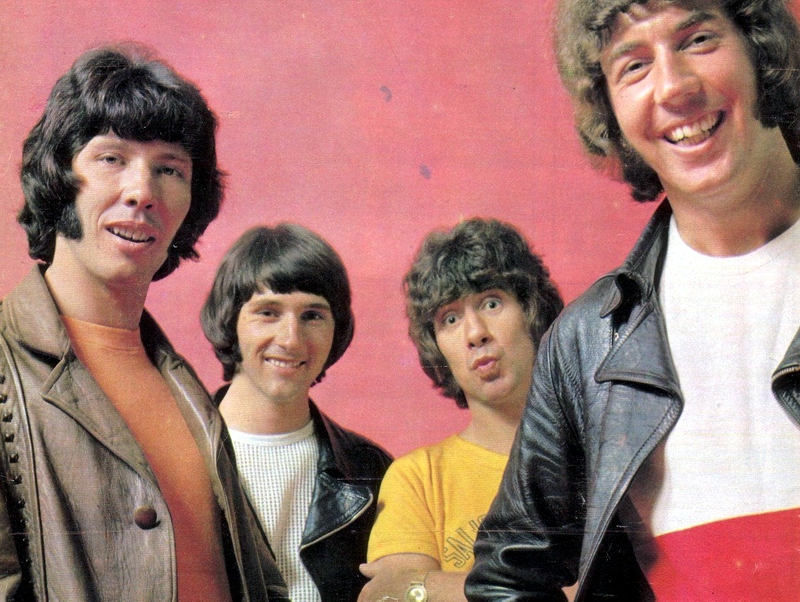