Produced by ABC TV and broadcast on ITV, Thank Your Lucky Stars was intended as a rival to the well-established Juke Box Jury.

The original presenter of the 45-minute show was Keith Fordyce, who went on to greater fame as compere of Ready, Steady, Go!.

Many of the top bands performed on the show, and for millions of British teenagers, it was essential viewing. As well as featuring British artists, American guests were frequent visitors, starting with Gene Vincent.

Some of the landmark appearances included the presentation of a gold disc to The Shadows (for Apache) on 13 April 1962 (they were the first British group to be awarded one); the first networked TV performance by The Beatles (miming to Please Please Me) on 19 January 1963, and The Rolling Stones making their very first UK television appearance, (miming Come On) on 7 July 1963.

Thank Your Lucky Stars was recorded live on a Sunday night at the ABC Alpha Studios in Aston, Birmingham, for transmission the following Saturday. Some recorded material was also used which was produced at the Teddington Studios in London.

The programme introduced an all-Liverpool special on 29 June 1963 called Summer Spin Liverpool Special, featuring The Beatles, Lee Curtis, The Big Three, Billy J Kramer and The Dakotas, The Vernon Girls, Gerry and The Pacemakers and Kenneth Cope and The Breakaways. 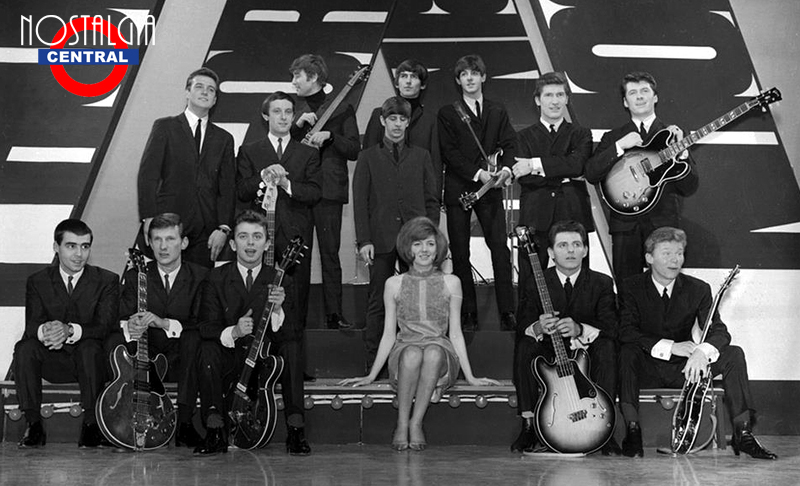 Don Moss introduced ‘Spin a Disc’ to the show – The famous segment where a panel of “typical teenagers” listened to the latest releases and awarded each of them points (out of five) in an obvious cloning of the Juke Box Jury format.

Janice Nicholls, a 16-year-old Black Country office clerk, became a star overnight when she uttered the immortal words “Oi’ll give it foive”. She remained on the panel for three years and the phrase became part of British colloquial language.

The show bowed out in the summer of 1966 and Janice Nicholls retreated to a life of chiropody and had her own practice for ten years in the West Midlands at Hednesford.