Plans to film a sequel to the cult movie The Wicker Man have been halted due to “financing problems”.

Cameras were due to start rolling in Dumfries and Galloway this month on the follow-up to the 1973 film starring Edward Woodward and Christopher Lee.

However, a statement from the local council confirmed that producers had cancelled the shoot due to last-minute difficulties with finance. The original film, written by Anthony Shaffer, was shot at a number of locations throughout Galloway.

It was planned that the sequel – based on director Robin Hardy’s book Cowboys for Christ – would also be filmed in the region.

However, those plans have been dropped for the time being.

Dame Barbara Windsor has died at the age of 83 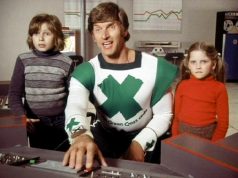