The majority of homes in the 1960s were furnished with an eclectic mixture of furniture from a variety of periods, but the increase in the number of young people setting up homes in their own flats and bed-sits bred a new ‘young’ environment.

Primary colours, bold designs and undiluted geometric shapes began to be applied to furniture and furnishing fabrics, although it was not until the end of the decade that such items of furniture were available from less-exclusive outlets, and at an affordable price.

Knock-down (flat-pack) furniture, stimulated by the growth in popularity of DIY (Do It Yourself), was widely available from 1965 onwards and became a cheap way for people to buy new designs.

Any home that had pretensions to being ‘design conscious’ contained ergonomic Scandinavian chairs and stainless steel cutlery, Italian lighting and glass.

Open-plan interior design was widely accepted and many property developers used it for their new homes, especially for combining living rooms and dining rooms. 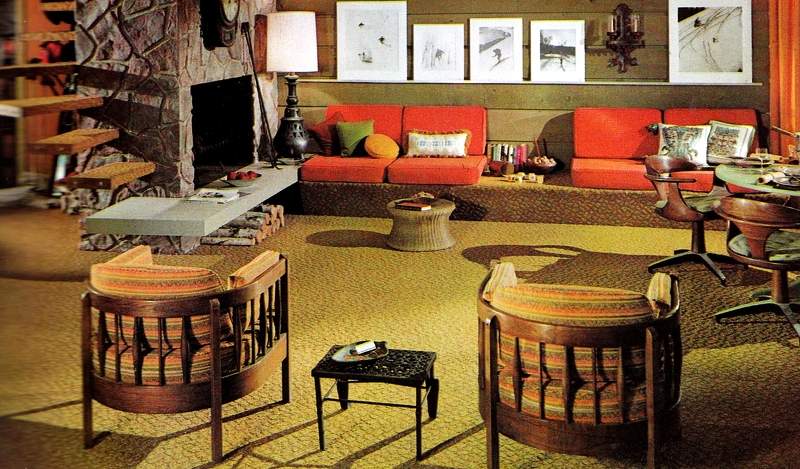 Furniture began to break the rules – Plastic chairs, blow-up furniture and Bean Bags were introduced, and in extreme cases, living room furniture was abandoned altogether to be replaced by giant cushions on the floor.

The first blow-up furniture to achieve international notoriety was designed by Paolo Lomazzi, Donato d’Urbino and Jonathan de Pas for Zanotta in 1967, although inflatable furniture was available in Denmark as early as 1961.

It could be produced in any number of colours and could be easily stored away when not in use. The chairs were less appealing though for heavy smokers . . .

Zanotta were also responsible for producing the bean bag chair (originally known as the ‘Sacco’ chair), designed by Piero Gatti, Cesare Paolini and Franco Teodoro in 1969. The chair consisted of a large sealed fabric bag containing a filling consisting of thousands of tiny Styrofoam balls which moulded to the shape of the body.

At the extremes of 1960s furniture design were surreal pieces such as a chair that resembled a huge set of teeth, and the 1969 chair, table and coat stand from Allen Jones, which were in the forms of women distorting themselves in a fetishist’s dream. 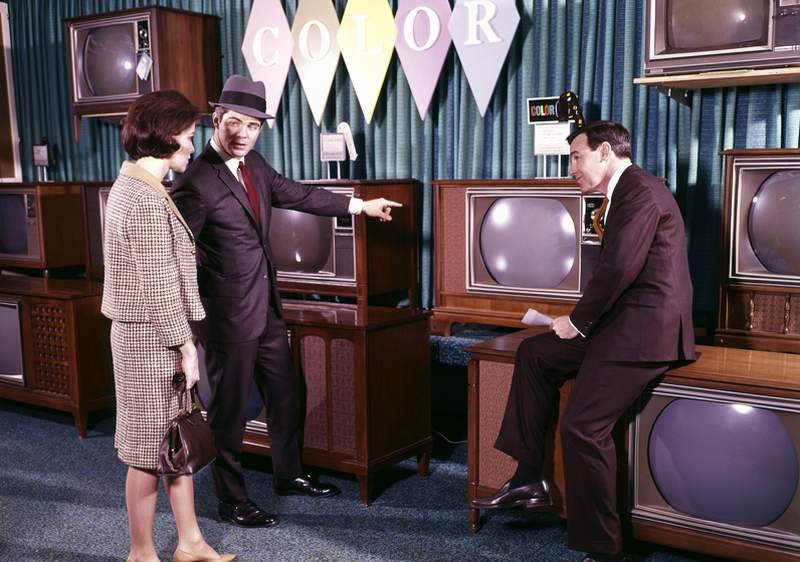 The developments in the uses of moulded plastics and nylon meant that the structure and casing of many products altered drastically, often completely changing the style of the product in the process.

The transistor revolution allowed the miniaturisation of television and radio sets. Japanese firms like Sony, Hitachi and JVC – whose futuristic Videosphere was introduced in 1966 – were starting to dominate the market.