After several rumours of licences not being renewed, battles with the police and the drugs squad and many other problems, it was ultimately none of these that caused the Casino’s demise – It was simply that the local council wanted to redevelop the site to extend the Civic Centre.

It was first recognised in 1978 that the lease on the land that the Casino stood on would soon be up for renewal, but in 1981, the council refused to extend the lease. And so, on 19 September 1981, the “last” allnighter was held. 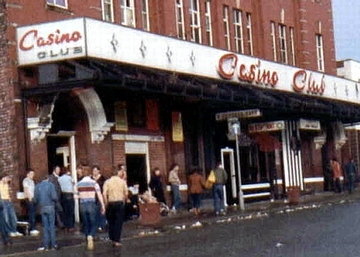 However, the council then informed Gerry Marshall that they did not need the site immediately, so two more “last” allnighters were held – on 2 October and 6 December of the same year.

Demolition began in 1982, during which time a fire broke out, and major damage was caused. It was not until February 1983 that the Casino was finally no more.