So most people who took the Pepsi Challenge probably preferred Coke. But at least the Pepsi peeps managed to set Michael Jackson on fire . . . that’s got to be worth something!

In 1964, when Pepsi’s advertising agency came up with the slogan “Come alive, you’re in the Pepsi Generation” they didn’t hire the best translators for international sales.

And so, in German the slogan became “Come alive out of the grave”. In Chinese it was worse: “Pepsi brings your ancestors back from the dead”.

The 60s were a time of great diversity and contradiction, not only in politics but in fashion. The beginning of the decade saw the...

The jumpsuit was first produced in 1913 as the Lee-Union-All, created by the H.D. Lee Mercantile Company. The one-piece suit would become the official... 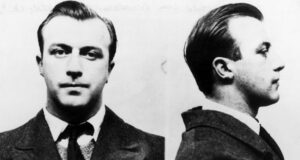 Peter Alexander Edwin Meaden was born on 11 November 1941. As a teenager, he worked in a restaurant before embracing the mod subculture and establishing...