“Get busy with the fizzy” is what the adverts used to urge in the Soda Stream’s heyday. And what a tantalising idea that was for kids – a machine to make your very own fizzy pop, all summer long. 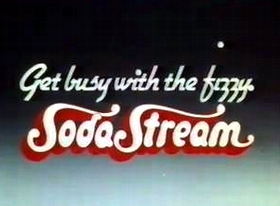 In theory, you took some plain old tap water, put it in a special bottle, inserted that into the machine and carbonated it.

You then added a concentrated flavour such as cola, orange or lemonade. There were, however, two problems with the resulting beverage . . .

Unless you gulped it down immediately it began to lose its fizz swiftly and would be flatter than a super model’s chest by the time you got halfway through your drink. 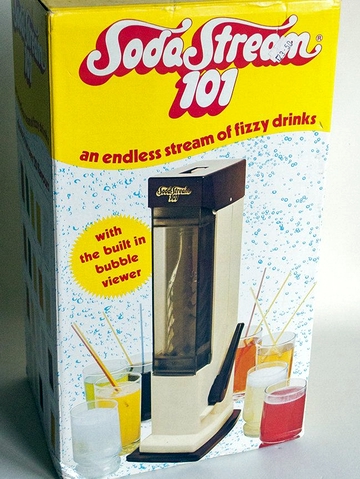 But the Soda Stream wasn’t all bad. If you pressed the button too much and over-fizzed your beverage it made hugely entertaining and incredibly loud farting noises that no human armpit could compete with.

You could also use the Soda Stream for experiments, although it was even more unstable than your average junior chemistry set . . .

If you used a non-standard bottle there was a danger it would explode under the pressure. And if you carbonated some milk or other miscellaneous liquid it would foam up and fountain all over the place.

The same thing would happen if you added the sticky syrup to the water before the fizzing process, and sticky syrup would spray everywhere.

Much better than having to drink the stuff!