The British drink Tizer – the name originally came from “the appetizer” when it was launched in 1924 – had an indescribable taste (possibly cherry?) and was a massive seller in the seventies.

Relaunched in the 90s with the very grown-up but puke-inducing Tizer Ice (which included menthol, giving it the sensation of tasting cold, even at room temperature). 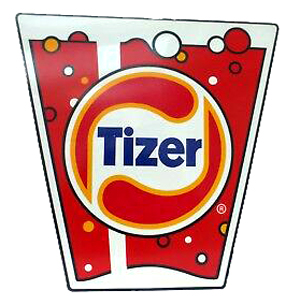 Other-flavoured versions were later manufactured, such as “Purple” and “Green” versions. There was also a brief “fruitz” variation of Tizer in 2004.

Tizer was rebranded in 2011 with a new logo and the slogan “The Great British Pop”.

Tizer’s exact recipe has never been made public, although a list of ingredients and nutritional data is given on the product’s packaging.

“You can tell it’s Tizer when your eyes are! Shut!” – Who writes this stuff?.

Let's face it. Model toys took a long time to build. And for all the hours we sat hunched over the kitchen table, dizzy from the combination of glue and indecipherable assembly instructions, the finished...

In 1932, in the little village of Billund, Denmark, there lived one Ole Kirk Christiansen, a master carpenter and joiner. His fledgeling company made stepladders, ironing boards, and you guessed it, wooden toys. His son Godtfred...

In the early 1980s, a single sequined glove accompanied a fedora, and white socks beamed from underneath the ankle-freezing pants of the moonwalking superstar. Michael Jackson's ode to the rebellious teenager of yesteryear could be seen...

The first version of Yahtzee was invented by a moneyed Canadian couple in 1956 aboard their yacht, of all places. Among the couple's boating coterie, the dice-rolling game was called "the yacht game", and everyone who...

Like many soft drinks, this fizzy cough medicine flavoured muck from the USA began life as the result of an experiment in a pharmacy. Charles Alderton, a pharmacist at Morrison’s Old Corner Drug Store in Waco,...